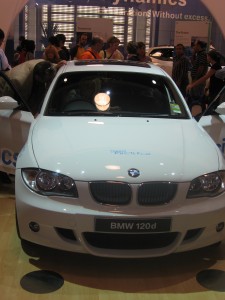 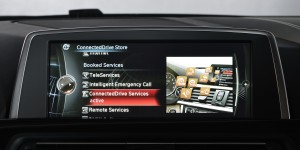 An issue that is constantly being raised regarding the Internet Of Everything is data and network security, including making sure the devices work to end-users’ expectations for proper, safe and secure operation. One of the constant mantras associated with this goal is to have a continual software-update cycle for these devices with the ability for customers to place new software in these devices in the field like you can with a regular computer or a smartphone.

BMW had brought about the ConnectedDrive online vehicle management and infotainment system to their newer BMW, MINI and Rolls Royce cars. But they discovered a flaw in the software and wrote a patch to rectify this problem. You would normally think that to have this patch delivered in to the vehicle management system, you would need to bring the car in to the dealership and this would be done as part of its regular preventative-maintenance servicing.

Here, it would typically involve you having to book the car in with the dealership including determining whether you need to use the courtesy car or not, drive it there at the appointed day and time and pick up the courtesy car if you needed it, then make a point of heading back to the dealership before they close to collect your car when it is ready.

But BMW had worked on delivering the software patch to the car via the mobile broadband link that the ConnectedDrive system depends upon for its functionality. Here, you would be advised that the update is taking place and at an appropriate time, the software patch would be applied. If you had garaged the car, you can manually “draw down” the update to your car once you drive it out of your garage.

What I see of this is the proactive way that the BMW Group have been able to use what is taken for granted with most computer operating systems to roll out critical software patches to their vehicles, which is something to be considered of importance when it comes to data security. This has to work not just through the life-cycle of a vehicle but beyond especially in markets where vehicles are likely to benefit from long service lives.

Keeping those videoconferencing platforms relevant beyond the pandemic shutdown

Wi-Fi 6 is here for certain