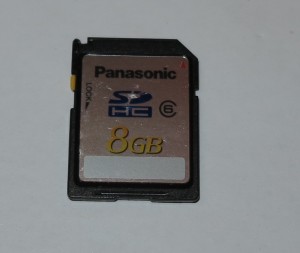 When people talk of the hardware issues concerning the Internet Of Things, a  technology that is being constantly forgotten about is the SDIO expansion connection.

What is the SDIO expansion connection

This is a special SD card slot that also serves as an expansion interface in a similar vein to the PCI Express, miniPCI or ExpressCard slots used on desktop and laptop computers and, in a similar way, the USB port on most computing equipment. There are improved variants based on the iSDIO specification that take the load off the host device and allow it to work at its best.

It does have validity as an expansion interface for low-profile devices due to the size of the standard SD slot and it is then feasible to design add-on peripherals that extend slightly larger than the standard SD card.

But the SDIO technology is sadly being forgotten about as a low-profile expansion interface for many different computing-device applications including the Internet Of Things. This is more so if the goal is to either sell a device at a lower cost with reduced functionality but allow the user to add functionality as they see fit and when they can afford it, or to make a device be “futureproof” and satisfy new requirements.

Where I see SDIO being of value is with wireless network interface cards that add network or other connectivity to a device. This can be performed at the time of the device’s purchase or later on in the device’s lifespan through the user retrofitting a separately-purchased SDIO card in to the device.

An SDIO expansion module wouldn’t take up much room inside the device and can lead to a highly-integrated look for that device. It would appeal to a self-install application where the appliance has a user-accessible compartment like a battery compartment or terminal cover and the user opens this compartment to install the SDIO expansion module. Even a professional-install application can benefit especially if the idea is for a technician to install a highly-comprehensive “upgrade kit” or “functionality kit” in to a major appliance – a circuit board that is part of this kit could have one or more SDIO expansion slots.

This is compared to a USB setup where you need to deal with a relatively-large puck or dongle which can stick out of the device and not provide that finished look. There is also the issue of keeping a USB port open for local ad-hoc mass-storage or input-output requirements.

The issue of being able to add options to an existing device is real when it comes to the “durable” class of devices which are expected to have a very long service life as is expected for most devices targeted at business users or for so-called “white-goods” which are expected to run for at least 7 years, if not 10 years. Here, the ability to add extra functionality to these devices through their lifetime to suit newer needs is important as a way to get the most out of their lifecycle.

SDIO could benefit digital photography by allowing the user to add a Wi-Fi or Bluetooth SDIO card to a high-end digital camera or camcorder. A similar SDIO slot could be integrated in to a Speedlite flash or advanced LED movie light to allow for remote lighting and camera control courtesy of a Wi-Fi or Bluetooth link. The concept of camera control from a lighting device would appeal to some photographers who have the camera on the tripod with its shutter locked open and take the flash around different angles to illuminate the subject – the wireless link could also serve to remotely control the camera by using a shutter-control button on the flashgun..

This could lead to remote control of the camera using a mobile device with that device’s screen also working as a viewfinder. In the case of video recording, the camera could also share SMPTE timecode data with an audio recorder and, perhaps, another camera to work well with multi-camera or advanced “sound-off-camera” recording setups.

For sharing the finished product, Wi-Fi and Bluetooth cam play their part in this role with the ability to support file transfer to a computer or mobile device. A Wi-Fi setup may also allow the camera to exploit DLNA or Miracast setups to allow one to show the pictures on to a large TV screen. In some cases, a camera may have integrated support for file-share, photo-share or social-network functionality thus using the Wi-Fi or Bluetooth technology simply to upload the pictures or footage.

These devices, especially the “smart locks” that are starting to appear on the market, could benefit from the SDIO technology. For example, Assa Abloy offers a tubular deadbolt under the Yale and Lockwood brands which supports a “dual-mode” entry system where you can either enter a user code on a touchpad or use the regular key to open it. This deadbolt also has support for a “home automation” network module based on either Zigbee or Z-Wave technology, something that can be achieved by the user sliding that module in to the inside unit to integrate this deadbolt with a home-automation system.

Here, an SDIO slot in the interior unit in these locks can offer this kind of extended functionality. For example, a Bluetooth LE (Bluetooth Smart) SDIO card could make these locks work with platform-based smartphones or a Wi-Fi, Zigbee or Z-Wave SDIO card could integrate them with cloud-based monitoring and management services.

Similarly, this could come in handy with other usage classes like hotels.where, for example, Bluetooth could allow the card-based door lock to become part of the device ecosystem in the guest room. Here, this could be used to reset heating, alarm times, etc to a default setting when a new guest enters the room or implement Bluetooth Beacon technology to add value to conference settings.

This latter application comes in to its own as the manufacturers supply “CAD” software with these machines so that people can create their own unique embroidery designs for their special projects.

Here, the SDIO cards could work as a way to network-enable these machines to work with the computer software and the home network.

Companies who sell advanced household appliances and HVAC equipment could use SDIO to add some form of network connectivity after the appliance is installed. Here, the user can be encouraged to see these appliances, which have a service life of at least 7 years if not more, as being future-proof and able to answer current needs and expectations.

This is more so as these appliances move towards “app-cessory” operation where extra functionality is added to these devices courtesy of mobile-platform apps. Similarly, some manufacturers implement this kind of technology to communicate operating information to other appliances. An example of this is some GE washing machines and clothes dryers recently sold to the US market use a wireless link to transmit information about the load just washed to the dryer so that an optimum drying cycle for that load can be determined by that appliance.

This could benefit people who buy mid-tier appliances that are enabled for this kind of connectivity but purchase the SDIO modules and install these modules in the appliances themselves as they see fit.

The SDIO expansion standard can be valued as a option for adding connectivity to the Internet Of Things, whether at the point of purchase or at a later date. It also preserves a highly-integrated fit and finish for the application before and after the upgrade.