An issue that will face the subscription video-on-demand market will be the existence of niche players. These are boutique SVOD providers that provide current and back-catalogue content that focus on particular tastes and interests. Examples of these could include a provider who runs European, Asian or other foreign films in to English-speaking markets; a specialist in art-house cinema, documentary movies or low-budget fare of the 60s and 70s that was run at a “flea-pit” cinema or drive-in, or even an extension of a Christian bookstore chain that runs Christian movies.

This is similar to how home video evolved through the early days where video content providers worked with particular vertical markets even though the major film studios saw this new distribution medium as too risky. This allowed, for example, the low-budget independent content to gain more of a foothold with some of the names listed in these movies’ credits to head towards bigger better-paid gigs.

Very hard to compete in the successful mainstream SVOD world

What has been noticed recently is that only a few mainstream SVOD providers that “cover all the bases” can exist in one market at one time. This was recently exemplified when QuickFlix fell of the tree because they were trying to pitch the Australian market against Netflix, Presto and Stan. Similarly, the SVOD model has been proven to be successful as this article from Advanced Television shows, underscoring concepts like increased perceived value and customers signing up with multiple SVOD services.

From my experience with Netflix, I had noticed that the subscription video-on-demand services were able to come across in an exciting manner especially with their user interface. For example, they offered a recommendation engine which allows you to discover content you may be interested in; along with a carousel-style user interface that encourages browsing.

Ability to divide the niche genre in to sub-genres

A niche SVOD provider would be able to license particular kinds of video content that serve their niche and even break this content collection down in to multiple sub-genres. Examples of these could include the Australian “Ozsploitation” movies that could be part of the “grind-house” low-budget movie niche; or there could be a Christian SVOD provider offering the “testimony” movies as a separate class of movie. Or a foreign-language provider could run language-focused genres like, for example, a European provider running the Nordic-noir content as a distinct class of content. 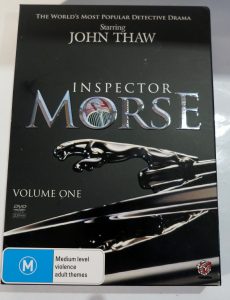 A situation that can easily give the niche SVOD provider an edge over the traditional SVOD provider of the Netflix ilk is that they could work directly with studios and distributors servicing that niche, typically indie studios, to take the content further.

For example, they can offer “download-to-view” or “download-to-own” as a content-acquisition option along with the streaming option. This can be facilitated through the use of the SCSA Vidity secure-content-delivery mechanism. Similarly, the niche SVOD provider, especially if they work alongside a bookstore, video store or similar outlet, could allow for online or “click-and-collect” selling of content on physical media like Blu-Ray Discs. This is becoming more so as the niche bookstores and “collectable” DVD stores are still hanging on even though there is a reduction in the number of mainstream content stores in the “bricks-and-mortar” form.

The specialist nature also has the ability for a niche SVOD provider to supply more detailed material about the content or even offer themed playlists that viewers can work through. Such playlists could be created based on an occasion like an anniversary or awards ceremony that affects the niche; or even films based in a particular location.

But what would these providers need to do to put themselves on the map?

As well as acquiring the necessary server space on optimised servers around the world and licensing the catalogue of movies and TV shows to have available, they would need to work on making Web and platform apps available to gain access to this content.

Apple TV and Chromecast – a foot in the door 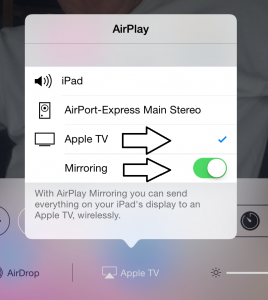 Some platforms, namely the iOS and Android mobile platforms support streaming to the large-screen TV via a home network thanks to the Apple TV and Chromecast devices that connect to your regular TV. This may dodge a problem associated with catering to most of the smart-TV platforms where the content provider may have to be allied with the platform’s vendor or approved by that vendor to get the content app in their app store. It is because the user interface can be focused on the iOS or Android devices with the app “throwing” the stream from the SVOD service to the Apple TV or Chromecast device.

But some Web-based platforms may be able to work with the big screen thanks to Apple TV (in the case of MacOS or iOS) or Chromecast (in the case of Android, Chrome OS or any operating system with the Chrome browser). In some of these cases, you may be able to have it that the video content goes “full screen” while it is playing.

Platforms that would succeed for app-based approaches

The platforms that I see as working well for niche SVOD providers would be the Android and Windows 10 platforms due to being able to show a larger variety of content without the risk of being removed from the platform’s app store. Similarly, the Android TV platform supported by the Freebox mini 4K set-top box, some of the newer Sony smart TVs and the NVIDIA Shield games console; the XBox One games console or the Kodi open-source set-top-box platform could be seen as TV-based platforms that facilitate niche SVOD providers.

Bringing new customers on board

Another issue that needs to be raised is that the onboarding experience for new subscribers has to be simplified. This may involve a Web-based or app-based experience including the ability to allow TV-based or set-top-based apps to cater to multiple users and accounts. It may also involve whether the niche SVOD provider has to implement social sign-on, perhaps as an option, where one can use a social network’s user interface to sign on to the service.

To reach out to the audience base that would value the content, the potential niche SVOD provider would need to run advertising and PR campaigns focused on that audience class. They may also be discovered through feature-app functionality provided by the different app stores, especially where the app store creates thematic app lists to expose particular content to particular users.

In this case, the blurb that the niche SVOD provider supplies to the app stores for their platform apps needs to mention the kind of audience that the SVOD provider is intending to reach. This includes using the keywords that best describe that audience and the sub-genres that the content is classed to.

When a subscription-video-on-demand service market becomes saturated, it may have to be the time to create this new medium’s equivalent of a specialist bookstore, art-house cinema or specialist video store. This also means that there has to be the ability to utilise different ways to nurture the enthusiasts who are willing to spend more on this kind of content.

Sony PlayStation to follow the same path as Netflix