Microsoft and Apple recently built their voice-driven personal assistants in to their regular-computer operating systems rather than confining this class of software to mobile devices. As well, Apple baked in the HomeKit smart-home framework in to the iOS mobile-device operating system to make it work with devices that represent the Internet Of Things or the smart home.

But Amazon and Google went ahead with voice-activated smart-home assistants being part of their network-connected wireless-speaker products. These would work with some of the smart-home devices and offer calendar and similar functionality for the home at your request.

Microsoft has decided to go another path for integrating the smart home and the voice-driven personal assistant concept by working on another function that will appear in an upcoming major functionality-driven Windows 10 update. This is to be called “Home Hub” which is destined for the “Redstone 3” Windows 10 functionality update, intended to appear after the “Creators Update”.

The software is intended to be able to work on a regular desktop or laptop computer that can run the Windows 10 operating system. Here, it could easily put new life in to the “all-in-one” computer design including those “Adaptive All-In-One” computers of the Sony VAIO Tap 20 ilk, pushing them as a computer that can exist on the kitchen bench. It can also put the midget computers known as the “NUC” (Next Unit Of Computing) devices to use by having them connected to that small flatscreen TV typically used to watch daytime TV content. Let’s not forget that they will earn their keep with all of the detachable and convertible “2-in-1” computers working as a tablet but can make more use out of existing desktop and laptop computers. 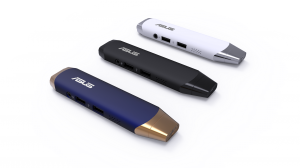 Here, this functionality is centred around a common household account which appointments and other resources can be shared to. It effectively serves the same purpose as the fridge door which ends up as the household’s noticeboard. These events will appear on a lock-screen which shows a calendar, tasklist and other common information. There will be the ability for third-party application developers to develop apps that can share information to this “common display”, thanks to application-programming interfaces that Microsoft will offer as part of the equation.

Users can still log in to their own account using Windows Hello or their traditional login methods that the system supports to see a combined view of their personal information and the shared common information.

Let’s not forget that Microsoft wants to use the Cortana voice-driven personal assistant as part of this solution but the problem with these voice-driven assistants is that they are dows usually trained to one operator and may not handle multiple users.  In the home context, there is the issue of people’s voice changing as they get older, such as a young boy using the system initially, but facing problems with Cortana when his voice breaks as part of him being a teenager.

Like with Amazon’s and Google’s implementations, it could be feasible for you to direct the Cortana implementation to stream music from your favourite third-party music services. This, again would be facilitated with the music services’ apps having API hooks to Cortana and the other software that is part of Windows 10 Home Hub.

But there will be the ability to have the Windows 10 Home Hub also work as part of the smart home by being a control or display surface for compatible smart lights, thermostats and door locks. This will be facilitated through the use of open-frame industry standards for communication between devices and the Windows 10 Home Hub, I would suspect that one of the most common applications for this would be to see status notifications for various systems on the lock-screen or to have the ability to ask Cortana or operate a control on that lock-screen to do things like turn down the heating or close the garage door.

It has been one of Microsoft’s many efforts to provide family-focused home computing like offering some software as household-wide licenses or providing integral parental controls on the Windows platform.

But there are some questions to raise concerning Windows 10 and the Home Hub.

One of these is whether the professional, educational and enterprise variants of Windows 10 will be able toe be equipped with the Home Hub. This is more so for the “work-home” laptop scenario where people use the same computing device between their workplace or place of study and their home.

Similarly, this extends to existing Windows 10 deployments where there is the desire to use existing computers that run the operating system. It is because there will be at least a lot of households that will maintain a few Windows 10 computers in some form. One of the questions is how simple is it to integrate extant computers and user accounts including domain-linked workplace accounts in to a Home Hub setup, achieving the goal to benefit from the common calendar and lockscreen.

Apple could take a leaf out of Microsoft’s book and link Siri, HomeKit and the MacOS regular-computing platform to provide a similar “home-central” service for their platforms while avoiding the need to “reinvent the wheel”.

How Microsoft have approached the smart-home trend and answer Amazon’s Echo and Google’s Home wireless speakers is to exploit their knowhow in Windows 10 and allow people to use existing computers and home networks to achieve this same goal.