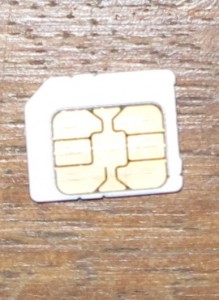 What Is an eSIM, and How Is It Different From a SIM Card? | How-To Geek

A trend that will have an impact on devices that use cellular-based wireless broadband technology is for them to implement eSIM authentication.

What is the eSIM technology?

It is effectively an embedded SIM which is a hardwired equivalent of the SIM card that authenticates you to a mobile-telephony / wireless-broadband service as a customer.

One of the key advantages to this approach over the traditional user-replaceable SIM card is that there isn’t a need to design a large user-accessible space in a mobile device to accommodate one of these cards. Instead, the customer’s wireless-broadband service is provisioned to their device “over the air” rather than having to encode a SIM card to hand over to the customer to be installed in the device. It is similar to the online provisioning and service activation process implemented for some prepaid mobile-telephony / wireless-broadband services sold through ordinary retailers in some markets.

What devices will this appeal to?

This approach appeals to the wearables market where size does certainly matter but is also appealing towards the connected car where there isn’t a desire to create a cavity for a SIM to be installed. Just lately, the eSIM technology is also appealing to the “always-connected” ultraportable laptops thanks to the next major functionality iteration of Windows 10 having software support for this functionality baked in.

Let’s not forget that newer smartphones, USB modems and MiFi routers including multiple-WAN routers will become equipped with eSIM support, especially where multiple-service functionality is to be part of the feature set. It could allow one to design, for example,  an Android smartphone with a classic SIM slot and an eSIM along with a microSD card slot. Here, a user could then benefit from the advantages of multiple services while using a microSD card to provide “infinite” storage for music, photos and videos.

The main disadvantage that the eSIM will offer to some people will be that they can’t switch SIM cards around quickly, which may be of concern with people using a “decoy” number associated with a prepaid service or people who are troubleshooting mobile devices.

What does this allow?

It was brought on board in 2013 but recent improvements to the eSIM standard allowed for a customer to maintain multiple eSIM services from the same or different carriers in the one device. It is similar to how users are switching SIM cards around to maintain multiple service accounts, such as to maintain separate “business” and “private” services, to sign up with “destination-local” mobile-telephony services with a “destination-local” number and payment options, amongst other reasons.

This provides simplification for these users by providing “over-the-air” provisioning for additional services including varying these services or re-instigating dormant services. The user-experience that may be offered is to choose the network that provides the service you want to use then enter an activation code of some sort to “turn on” that particular service. Typically this would be something you receive in an email if you are enrolling online or receive from a staff member at a “bricks-and-mortar” store.

Some carriers and service providers are exploiting eSIM by offering a “one number one account multiple devices” option for their mobile services such as Telstra’s “One Number” service. But there are other ways that mobile-telephony service providers can exploit the emerging eSIM setup. But the carriers can look at exploiting the eSIM further such as tying it in with BYOD business setups, mobile services that can be “parked” when not needed amongst other things.

In some business environments, it could allow a single shared device to be associated with multiple service accounts with the accounts in operation dependent on who is logging in to the device. This could tie in with the “portable desktop” approach towards business telecommunications where one’s computing and telecommunications setup is moved amongst multiple devices but your boss or clients call you at the same extension number.

The eSIM approach for authenticating mobile-telephony and broadband service can open up a wide range of approaches both for device design and for service delivery.

With two new standards in the works, we could be approaching the Gigabit wireless network