What is a GPU all about?

Over the last few years, an increasing number of laptop-computer manufacturers worked with graphics-card vendors to implement dual-graphics-processor setups in their portable computing products.

This offered a function that works in a similar manner to the “performance / economy” or “sports mode” switch present in an increasing number of cars. Here, the transmission can be set to give the car sports-like performance or to allow it work more efficiently, typically by determining when the transmission changes gear in relation to the engine’s RPM. NVIDIA markets this function as Optimus while AMD markets it as Dynamic Switchable Graphics. 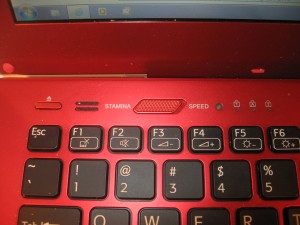 Initially Sony implemented a hardware switch to select the graphics processor on their VAIO S Series that I previously reviewed but you manage this function through a control app offered by NVIDIA or AMD depending on the discrete graphics chipset installed. From my experience, these programs can be very confusing to operating especially if you want to allow particular software to run in high-performance or economy mode, or simply override these settings.

Microsoft have now integrated in to a preview build of the next iteration of Windows 10 the ability to manage these settings using the operating system’s interface. This setup also applies to desktop systems equipped with two discrete GPUs such as a baseline graphics card and a performance-focused graphics card; or systems connected to an external graphics module. It can cater towards a situation where a computer is equipped with two built-in graphics processors and an external graphics module, a situation that can be made real with Intel’s new CPU+discrete GPU system-on-chip or a gaming laptop with a regular games-grade GPU, when computers with this kind of hardware also have Thunderbolt 3 ports.

The user experience requires you to select a program, be it a Classic (traditional Windows desktop) app or a Universal (Windows Store) app, then choose whether to let the system choose the GPU to use, or to use the GPU offering the highest performance, or the GPU that is the most economical. Here, it could cater for the external graphics modules or systems with three graphics processors by choosing the one with the most horsepower, typically the graphics processor in an external graphics module.

What users may eventually want is to allow Windows to select the graphics processor for an application based on the kind of power source the host computer is using. Here, such an option could allow an app to use high-performance graphics like a discrete graphics chipset while the computer is running from AC power, but use a power-conserving graphics setup while running on batteries.