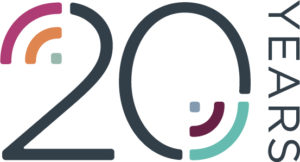 “Hey, what’s the Wi-Fi password here?”. This is a very common question around the home as guests want to come on to your home network during their long-term visit to your home. Or one asks the barista or waiter at the cafe “Do you have Wi-Fi here?” with a view to some free Internet use in mind.

It is brought about by Wi-Fi wireless-network technology that has become a major lifestyle changer over the last 20 years. This has been propelled in the early 2000s with Intel advancing their Centrino Wi-Fi network-interface chipset which put forward the idea of highly-portable computing. 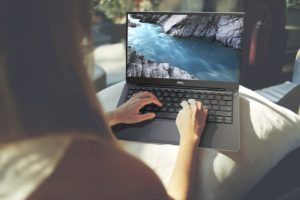 The laptop computer, mobile-platform tablet and smartphone benefited from Wi-Fi due to their inherently-portable nature. This effectively allowed for “anywhere anytime” online work and play lifestyle including using that iPad or smartphone as a second screen while watching TV. Let’s not forget the use of Internet radios, network-based multiroom audio setups and those smart speakers answering you when you speak to them.

“Do you have free Wi-Fi here?”

Over the years there has been incremental improvements in bandwidth, security and quality-of-service for Wi-Fi networks both in the home and the office. Just lately, we are seeing home networks equipped with distributed Wi-Fi setups where there are multiple access-point devices working with a wired or wireless backhaul. This is to assure full coverage of our homes with Wi-Fi wireless signals, especially as we face different floorplans and building-material types that may not assure this kind of coverage.

But from this year onwards, the new Wi-Fi network will be based on WI-Fi 6 (802.11ax) technology and implement WPA3-grade security. There will also be the idea of opening up the 6GHz wavebands around the world to Wi-Fi wireless-network traffic, along with having support for Internet-of-Things applications.

The Wi-Fi router – part of every household

The public-access Wi-Fi networks will be more about simple but secure login and usage experiences thanks to Wi-Fi Passpoint. This will include simplified roaming between multiple Wi-Fi public-access hotspot networks, whether this is based on business relationships or not. It will also lead to telcos using Wi-Fi networks as a method to facilitate complementary coverage for their mobile-broadband networks whether they use current technology or the new 5G technology.

What needs to happen for Wi-Fi is to see work take place regarding high-efficiency chipsets for Internet-of-Things applications where such devices will be required to run on a small number of commodity batteries for a long time. One requirement I would like to see for public-access Wi-Fi is the ability to create user-defined “secure device clusters” that allow devices in that cluster to discover each other across the same public-access network but other devices outside of the cluster can’t discover them.

So happy 20th Anniversary to the network technology that has effectively changed our online lifestyle – the Wi-Fi wireless network.

What is G.Fast all about?

Wi-Fi Agile Multiband–What will it be about