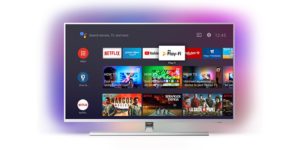 Over the last seven years, there have been a plethora of network-based multiroom audio platforms coming on board. Some of these, like Frontier’s UNDOK, Qualcomm’s AllPlay and DTS’s Play-Fi allow different manufacturers to join their ecosystems, thus allowing for a larger range of equipment in different form factors to be part of the equation. But these platforms only work with devices that use that same platform.

Well, how do I get sound from that 24-hour news channel or sports fixture that I am following on TV through the multiroom speaker in the kitchen with these platforms? Most of the platforms have at least one vendor who offers at least one home-theatre receiver or soundbar that connects to your TV using an HDMI-ARC, optical digital or analogue line-level connection. With these devices, they offer the ability  to stream the audio content that comes via those inputs in to the multiroom audio setup.

In this situation, you would have to have your TV on and tuned to the desired channel, offering its audio output via the soundbar or home-theatre system that has this technology for these setups to work. Then you would have to select the soundbar’s or home-theatre receiver’s “TV input” or “TV sound” as the source to have via your network multiroom audio setup’s speaker.

Bang & Olufsen, with their continual investment in their Master Control Link multiroom audio platform, even had the idea of TV sound in another room work out for that platform since the late 1980s. Here, most of their TV sets made since the late 80s could be set up as an audio endpoint for their multiroom system with the idea of having one’s favourite CD or radio station playing through the speakers built in to the TV installed in a secondary room. Or one could have the main TV “stream” the sound of a TV broadcast through a set of speakers installed in another room.

But DTS and Philips worked together to put full network multiroom audio in to a range of TV sets sold under the Philips name. This feature will initially appear in their 2020-model OLED premium “main-living-area” TVs.

Most of us will remember Philips as an innovative Dutch consumer-electronics brand that has existed over the many years. This is what with their name behind the audio cassette tape that effectively drove the 1970s and 1980s along with optical-disc technology such as the CD. But Philips devolved themselves of the consumer-electronics scene and had Funai, a Japanese consumer-electronics concern, continue to carry the flag in that market since 2013. This is due to a highly-saturated market when it comes to value-priced consumer electronics.

What will it offer? The TV can be a client device for online services and local content sources able to be streamed via the DTS Play-Fi platform. It will include the ability to show up metadata about the content you are listening to on the TV screen. There will even be the ability to have graphically-rich metadata like album art, artist photos or station logos on the TV screen, making more use of that display surface.

You may think that a TV isn’t an ideal audio endpoint for regular music listening from an audio source, what with integral speakers not suited to hi-fi sound or the screen being lit up and showing information about that source. But some of us do listen to music that way if there isn’t a music system. A common example would be listening to radio or a music channel in a hotel room through that room’s TV thanks to digital-TV or “radio-via-TV” setups that hotels provide. Similarly, some of us who haven’t got a separate music system to play CDs on have resorted to using a DVD player to play our CDs through the TV’s speakers.

On the other hand, the TV can be a source device for a Play-Fi device or logical group. This means that audio associated with the video content can emanate through a Play-Fi client device like a speaker. This means that you could have a Play-Fi speaker in your kitchen playing the sound from the sporting fixture that matters on the TV, typically by you using your Play-Fi app to “direct” the TV sound from your Philips TV to the Play-Fi speaker or the logical group it is a member of.

DTS even uses a special mobile-platform app which effectively turns your iOS or Android mobile device in to a Play-Fi client device that you use with your existing headphones connected to that device. This could avoid the need to set up, use and be within range of a Bluetooth transmitter adaptor plugged in to your TV for wireless headphone functionality. As well, with that setup, you could even be anywhere within coverage of your home network’s Wi-Fi for this to work.

I see this as a chance for any network-based multiroom platform who has a TV vendor “on its books” to draw out the idea of integrating the TV set as a legitimate member device class on their platform. This is whether it is a client audio device with a graphically-rich user interface or as a source device with access to audio from a connected video device, the set’s onboard broadcast-TV tuner or a connected-TV service viewed through its smart-TV functionality. In the context of smart TV / set-top box applications, it could be about having integration with one or more network multiroom audio platforms as a legitimate functionality case for these devices.

It would be very similar to what is happening with the Frontier Smart UNDOK network multi-room audio platform. This is where a significant number of member companies for that platform are offering Internet radio devices as part of their device lineup where most of them have FM and or DAB+ broadcast-radio functionality with some units having integrated CD players. Here, the UNDOK platform is allowing a user to listen to broadcast radio or CDs played on one of these devices through one or more other platform-member devices that are on the same home network in lieu of listening to online sources through these devices. A similar approach has also been undertaken for the Qualcomm AllPlay platform with Panasonic having AllPlay-compliant stereo systems equipped with broadcast-radio or CD functionality streaming the sound from a CD or radio station to other Qualcomm AllPlay-compliant network multiroom speakers on your home network.

What is being underscored here is that a network-based multiroom audio setup doesn’t have to be about listening to online audio content. Instead it is also about making legacy audio content available around the house through your home network.

The Apple TV still exists as a platform