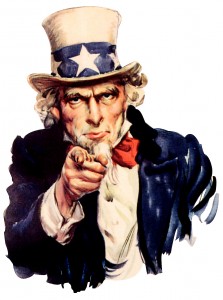 But I have also wanted to see a healthy dialogue between the social-media private sector and public-sector agencies responsible for the security and integrity of the elections. This is whether they are an election-oversight authority like the  FEC in the USA or the AEC in Australia; a broadcast oversight authority like the FCC in the USA or OFCOM in the UK; or a consumer-rights authority like the FTC in the USA or the ACCC in Australia. Here, these authorities need to be able to know where the proper communication of electoral information is at risk so they can take appropriate education and enforcement action regarding anything that distorts the election’s outcome.

Just lately, the US government arrested a Twitter troll who had been running information on his Twitter feed to dissuade Americans from participating properly and making their vote count in the 2016 Presidential Election. Here, the troll was suggesting that they don’t attend the local polling booths but cast their vote using SMS or social media, which isn’t considered a proper means of casting your vote in the USA. Twitter had banned him and a number of alt-right figureheads that year for harrassment.

These charges are based on a little-known US statute that proscribes activity that denies or dissuades a US citizen’s right to exercise their rights under that country’s Constitution. That includes the right to cast a legitimate vote at an election.

But this criminal case could be seen as a means to create a “conduit” between social media platforms and the public sector to use the full extent of the law to clamp down on disinformation and voter suppression using the Web. I also see it as a chance for public prosecutors to examine the laws of the land and use them as a tool to work against the fake news and disinformation scourge.

This is a criminal matter before the courts of law in the USA and the defendent is presumed innocent unless he is found guilty in a court of law.

When use of multiple public accounts isn’t appropriate