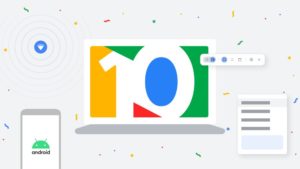 Google Is Bringing a Handoff Feature to Android and Chromebooks (gizmodo.com) 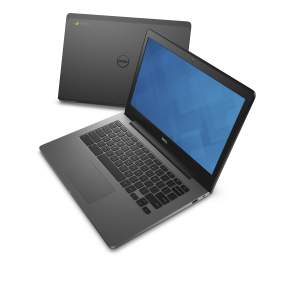 Google is celebrating the Chrome OS platform’s 10th birthday by investing in more features for that platform and for the Chromebooks and similar devices using that operating system.

As I have said before, the last year has seen a growth in takeup of the Chromebook as a regular computing device especially as COVID-19 and its associated stay-at-home orders have had us make more use of regular computers using desktop operating systems. Google took advantage of this by adding more functionality to Chrome OS in January 2021 thanks to it being valued as a desktop operating system, especially by families and the education sector.

There is the ability to sync the list of Wi-Fi networks that you have set your Android phone or Chromebook up with so that both devices have the SSIDs and passwords for all these networks.

Android and Chrome OS now support Google’s “Nearby Share” across-the-room data transfer so you could move that photo or PDF between your Android phone, Android tablet or Chromebook without using the Internet. The same goes for when another Android or Chrome OS user has that Weblink or photo they want to share with you and you want to see it on your Chromebook.

There is the ability for Chrome OS to remember the last five “copy-and-paste” Clipboard entries. This is taken advantage of if you press the “Everything” key (concentric rings or magnifying glass key) and the V key together to dump everything from the last five “cuts” or “copies” to your document.

The “Tote” bas been added to Chrome OS’s file manager’s default view to bring up frequently-used, new or “pinned” files. For Windows users, this is similar to the Quick Access screen which shows frequently-touched folders or files you have recently touched.

There is an option to have the context menu show up further relevant information about something you highlighted and right-clicked. This will allow you to bring up options like unit, currency or time-zone conversions, definitions or translations in the context menu.

Google has even worked on the lock screen further by allowing you to customise it further. This will include having it interactive in the context of media controls and similar functionality.

It is part of newer directions for Google’s Chrome OS desktop operating system. For example, there will be a direction for Google to offer meaningful functionality updates to Chromebook users every month. But I see issues with this approach where buggy conde can be rushed in to Chrome OS in order to get that PR-worthy feature in to the operating system.

Another issue is to make the Chrome OS platform a long-tailed desktop computing platform like what happens with Windows and MacOS. There were concerns about older Chromebooks missing out on Chrome OS updates due to arbitrary cut-off time periods like five years to eight years from manufacture. It was affecting people who purchased second-hand Chromebooks or were taking advantages of seasonal specials where manufacturers were offloading surplus prior-generation Chromebook inventory at cheap prices.

For subsequent Chrome OS builds, Google will revise the policies regarding end-of-support when dealing with older equipment. This may be about code availability for longer than 8 years from manufacturer or to cater towards Windows-like hardware / software independence when it comes to continual support for that platform.

Here, Google will work with computer manufacturers to answer this problem. For example, they have to ship Chromebooks with a realistic long support life and OEMs have to have Chrome OS equipment capable of having very long service lives like what is the norm with Windows for example. Google will even work out a way to push the latest code in to Chromebooks even at the browser level if not the operating-system level.

They also have a view to bring back other form factors like the Chromebase “all-in-one” and the three-piece “Chromebox” form factors.  Here, it is to prove that Chrome OS isn’t just about cut-price mass-market laptops anymore.

It shows that Google is seeing Chrome OS as a fully-fledged mass-market “open-frame” platform for regular desktop and laptop computers. What needs to still happen is for more software including rich powerful software like games to be written to run natively in this platform.

Google’s effort with Chrome OS and the Chromebook platform may see us heading to the days of the late 1980s when there were three dominant desktop/personal computing platform i.e. IBM-based computers with MS-DOS, the Apple Macintosh and the Commodore Amiga. But compared to that era, more hardware vendors will offer computers for both the Windows and Chrome OS platforms rather than platforms being based around hardware and software offered by a particular vendor.