A consistent problem associated with bringing broadband Internet to rural and remote places is the cost and time involved in bringing these services there. But there have been various efforts by public and private sector entities to implement satellite broadband to serve this need.

Most of these have distinct disadvantages such as the equipment and service being very costly and a lot of these services not offering great bandwidth and latency. Let’s not forget that the deployment of this technology isn’t all that scaleable.

The COVID-19 coronavirus plague has underscored how dependent we are on Internet connectivity for our business and social lives. The role of rural areas has even been underscored with these areas gaining increased appeal to live or do business within because of the pandemic. A recent Euroconsult report has stated that satellite broadband will gain its value over the next decade as a way to enable access to the Internet from remote areas. 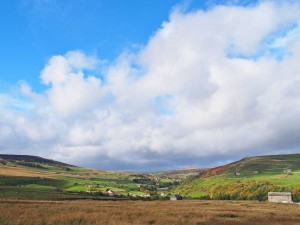 Silicon Valley visionaries like Mark Zuckerberg and Elon Musk have been behind this technology in order to have Internet all over the world, even in the remotest areas thereof.

But Elon Musk has got this idea off the ground with Starlink which is a subsidiary of his SpaceX venture. Most of his constellation of Starlink satellites are in orbit now while he has more being manufactured and set up for launch. The service is in beta testing for the USA, UK, Ireland, New Zealand and Germany  at the time of writing but more areas are expected to be covered soon. They have also started establishing their presence in Australia.

Elon Musk’s service isn’t just for rural and remote areas at the moment. He is seeking FCC type approval for equipment that is to be installed on vehicles, ships and aircraft and to be operated while the vehicle, vessel or aircraft is moving. This is to court the provision of Internet service aboard the likes of commercial jets, the merchant navy and long-distance land transport. Who knows when Musk will then have consumer equipment designed to facilitate ad-hoc use of Starlink from caravans, motorhomes or remote camping locations.

Another service being pushed out at the moment is the OneWeb service that is pushed out by a UK and Indian consortium. Let’s not forget that Amazon is working on their Project Kuiper low-earth-orbit satellite service but they want to make sure everything is perfect before a single satellite is launched.

The idea of having many satellites is being made feasible with reuseable rockets like the Falcon 9 SpaceX rocket, which effectively reduces the cost of launching many spacecraft.

What I see of the low-earth-orbit satellite constellations is that they are intended to be viable competition in the satellite-broadband Internet service space. This could allow the idea of cost-effective high-throughput low-latency broadband to be made available to rural and remote areas or long-distance transport applications.