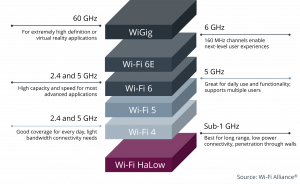 Where Wi-Fi HaLow fits in with other Wi-Fi technologies

This network technology is based on IEEE 802.11ah wireless network technology and works on the 900MHz waveband. It is about long-range operation of approximately 1 kilometre from the access point and very low power operation that allows devices to run for a year on commodity batteries like a single 3V coin-size cell or a pair of AA-size Duracells. 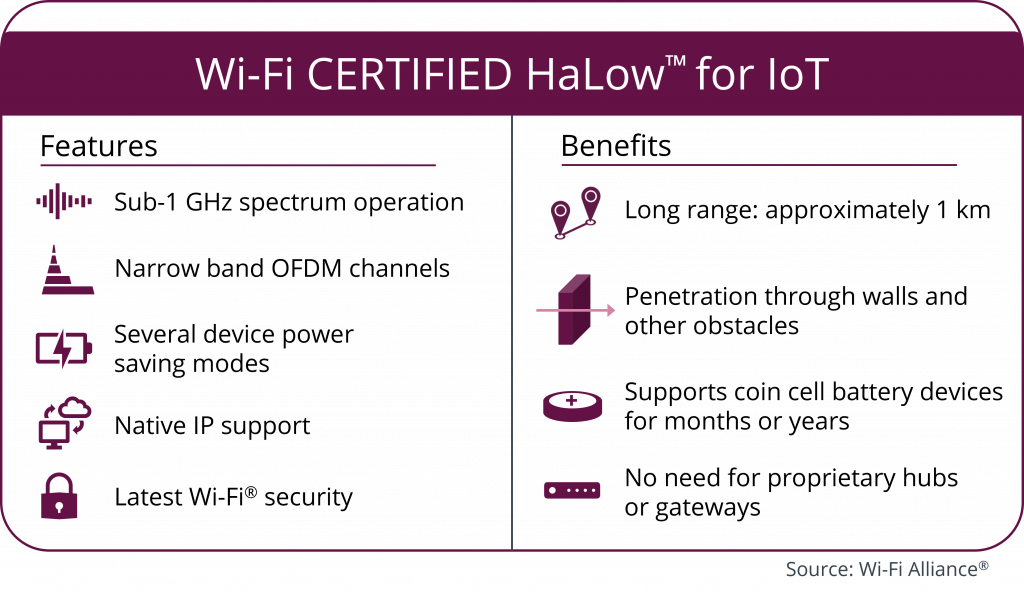