I am now reviewing the Brother MFC-7360N monochrome multifunction laser printer which is part of a series of newly-released monochrome-laser multifunction printers released by this company. This unit is positioned as a “step-up” model above the MFC-7360 entry-level direct-connect model. The midrange model in this series is the MFC-7460DN which can print on both sides of the page as well as become future-proof by supporting T.37-compliant Internet faxing. The top-shelf model is the MFC-7860DW which also has 802.11g WPA2 WPS-compliant Wi-Fi connectivity and can accept output from smartphones and tablets equipped with the Brother iPrint&Scan app.

They all have the same new “compact monochrome laser” print engine as the Brother HL-2240D printer that I previously reviewed and its peers such as the HL-2270DN network model that I also recommend. Here, this xerographic-print engine is a full laser type and can yield a simplex print speed of 24 pages per minute. 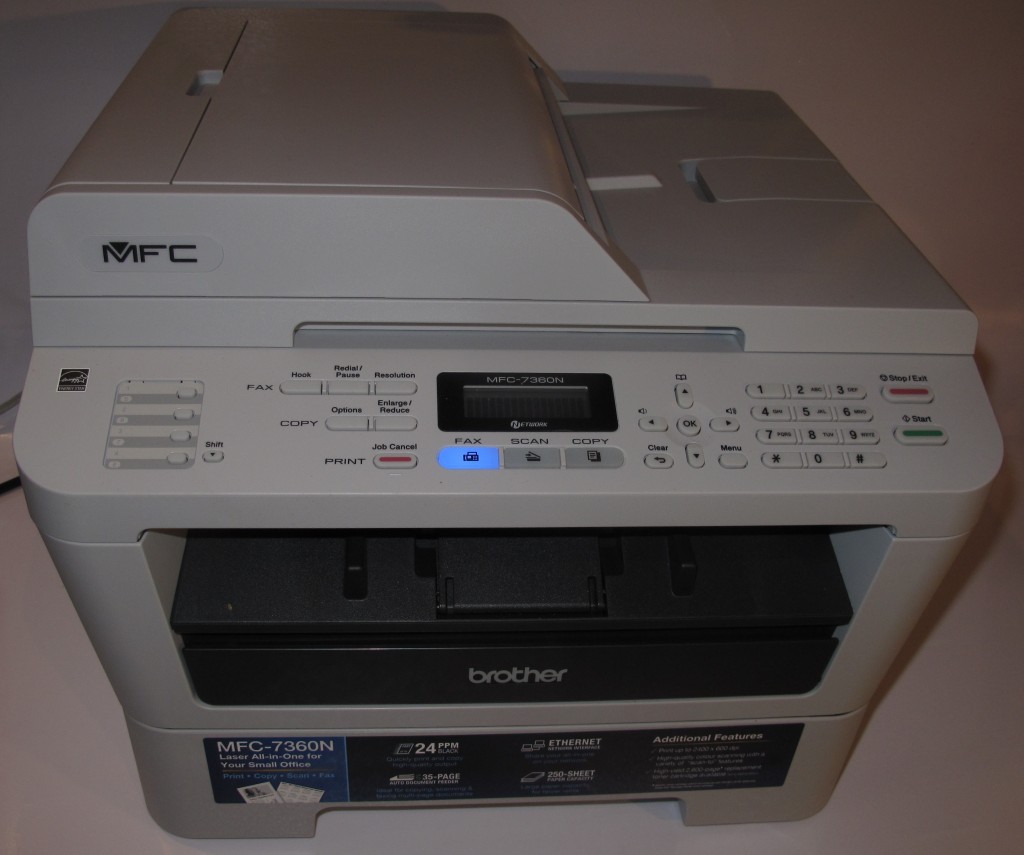 This unit uses the typical control panel layout as common with most machines in its class but the LCD display could benefit from backlighting. Here, I had to set the display contrast to maximum to gain best readability; and is something that could be improved upon. 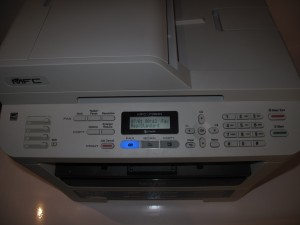 This unit has the same Brother fax-setup wizard with one name and fax number as a station ID, so you don’t have to determine a separate station ID for transmitting and receiving. It also can work properly with a dedicated fax line or a shared fax line, whether through a distinctinve ring (Faxstream Duet) setup or a CNG-detect arrangement.

It can be set up on an Ethernet (or HomePlug) network with plug-and-play operation for most small networks and is IPv6 ready. Of course, when the time comes to enable the network for IPv6, the user just has to go to the Network menu on the control panel and select “IPv6” and set that to “On” before turning the unit off and on in order to have it as part of the IPv6 network.

It could benefit from NTP-based Internet time synchronisation with time-zone selection so the user doesn’t have to set the clock when they set up or shift this machine or after a power blackout.

This unit has the basic copy and fax functions, and allows walk-up scanning to network-connected computers only. Here, the host computer needs to run Brother-supplied scan monitor software

The more-expensive models; the MFC7460DN and MFC-7860DW, have the ability to support scan-to-email and T.37-compliant Internet-fax endpoint functionality. These features should be available across the range as we move away from the circuit-based telephone setup towards packet-based telephony.setups courtesy of the next-generation broadband infrastructure plans. 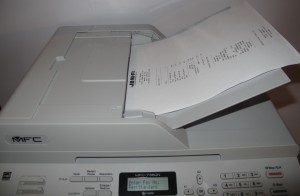 The printer’s automatic document feeder may look as though it is missing something because of the absence of the paper input tray. But this tray is actually the lid that swings open to the right when you use the document feeder. This is infact a style that is becoming common with Brother small-business multifunction printers that have this feature; and allows for a machine to look more neater. It also assures more reliable operation of the document feeder because the input chute isn’t always exposed to dust and other foreign objects.

The software is very easy and trouble-free to load and has that same “at-a-glance” view for the print job settings that all of the Brother printer drivers have always had. As well, it makes proper use of the Windows 7 Device Stage for managing the printer’s functionality.

This is in fact where you manage the printer’s unobtrusive and reliable scan monitor software, which has been a sore point with many of the multifunction devices that I have used and reviewed. Here, you can determine what form the image file should be and which application should open the file.

The Brother MFC-7360N, like the previously-reviewed HL-2240D and others based on the same print engine, does the job properly by starting quickly and turning each page out quickly. Like most laser printers and multifunction units, it requires the user to press tie Start button after they replenish the paper tray during a print job.

The print quality is as sharp as expected for a monochrome laser printer especially when it comes to turning out documents. For photographs, it will reproduce the images as expected for black-and-white images when set to 600dpi in the print driver but can have issues with image contrast especially at higher dpi settings. Luckily, the printer didn’t complain of memory overload when I sent through the 1200dpi photo print job but it yielded an image that appeared too dark and with little contrast.

It also the similar consumables to the HL-2240D and requires the user to take the drum-unit assembly out and detach the toner cartridge from the assembly to replace the toner. This of course will have the same room for error by allowing the drum unit to be exposed to dirt unless it is on a clean surface when the user replaces the toner.

One improvement that I would like to see for the range would be to have the LCD display showing a high-contrast image. This could be augmented by having the display backlit during operation even with just a basic LED arrangement; akin to what is done with the HL-4150CDN.

There is still the common issue that this machine has with other Brother printers based on the new compact monochrome laser-printer engine that can impair the useability. This is where the user has to remove the drum unit from the printer to replace the toner. It could be improved upon with a similar arrangement to what is used for the colour lasers where the drum unit assembly is pulled out like a drawer so the user can replace the toner cartridge.

The feature limitations like the lack of duplex printing and inability to support Internet-based faxing may be necessary to keep the printer as a step-up model within the multifunction range. 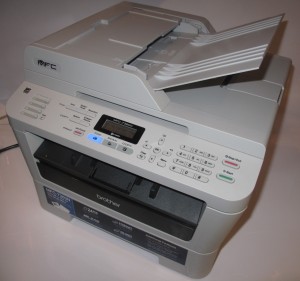 This printer can work well as an entry-level or supplementary monochrome laser printer where basic copying, scamming and faxing are desired. But I would recommend the MFC-7460DN, which is the model above it, if you expect to do a lot of document printing or place value on having future-proof Internet fax abilities.