I am reviewing the Denon MusicManiac AH-D600 audiophile headset which is a pair of closed-back circum-aural headphones pitched at those who value their music. They have a long replaceable cord to connect to the computer, amplifier or CD player but they also have a separate mobile cord with an integrated microphone pod that converts them in to a headset that works with your smartphone or laptop for communications purposes. 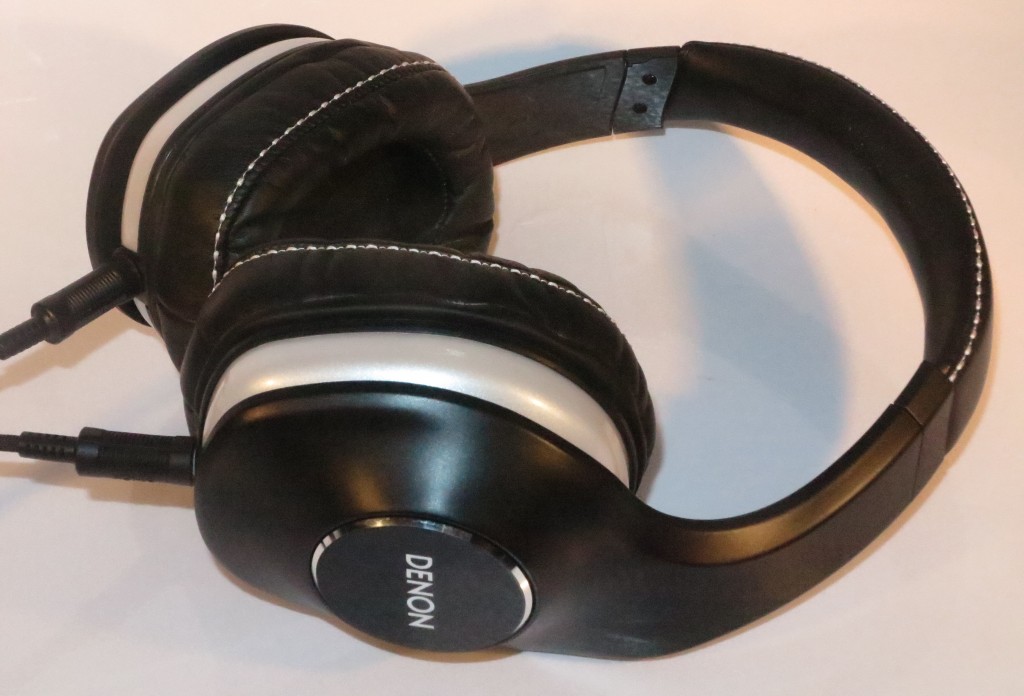 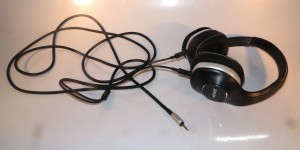 The Denon MusicManiac AH-D600 headphones come with two separate cords that plug in to the earcups. One of these cords is a long one that has a cloth-effect insulation for use when listening to your hi-fi or laptop whereas the other is a short headset cord with a pod that houses three control buttons and a microphone, thus making it become a mobile headset for your smartphone. 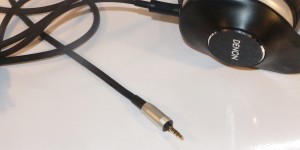 All the plugs are gold-plated for optimum connectivity to the headset and the device you are using. As well, the separate mobile cord can work in “headset mode” with both the Apple iPhone and the Android handsets, the latter of which I tested for myself where it worked properly with my Samsung Galaxy Note II during a test call.

The headphones working as a fully-fledged audiophile headset for your smartphone, tablet or computer

I also like the concept of the detachable cords because you can easily repair broken plugs or replace broken cords, thus allowing you to gain a lot more mileage out of these headphones.

The Denon MusicManiac AH-D600 headphones are comfortable to wear for a significant amount of time even though they do feel heavy. This is brought on through the use of leather earcups, which can be sweaty at times with hot weather. Of course, you can’t feel the headband when you wear them due to a well-cushioned headband design.

Even for a pair of circum-aural headphones, you don’t find that the speaker grille in the earcups doesn’t touch your ears at all and you have a cloth speaker grille rather than the typical plastic or metal-mesh one that can be par for the course for this headphone class. This makes it appeal to you wearing the headset for a long time compared to most headphones of this type.

The Denon MusicManiac AH-D600 does satisfy the expectation associated with a pair of good circum-aural hi-fi headphones.

A soft and comfortable leather-lined headband

I have listened to a range of different music content on these headphones and have noticed tight bass with clear sound for the popular music including the current dance and R&B music. Here, the bass didn’t dominate unnecessarily while you could hear the vocals and lead instruments clearly. For classical music and other music that requires detailed listening, the Denon headphones still lived up to that ability, allowing the instruments to be heard individually.

I placed a “confirmation call” to the public-relations agency who lent me these headphones using my Samsung Galaxy Note II and the headphones with the “mobile” cord to observe how they performed as a headset for a mobile phone. Here, I heard the staff member’s voice very clearly through the headset and they heard me clearly from the microphone on their telephone equipment. This feature comes in to its own for use when you use your smartphone as a music player while you are on public transport. As well, the centre button on the microphone module works as a call-control button for Android handsets as well as iPhones. But you don’t have audio control for anything other than the Apple iOS platform.

You do have very significant noise reduction which may be a boon for noisy transport environments, but it may be at a disadvantage if you are walking along the street and need to hear the traffic.

The Denon AH-D600 with its mobile headset cord could appeal to some teenagers and young men as a gaming headset due to reduced ambient noise so you could hear that other player talk to you. But this ability is limited by Denon not supplying a headphone / microphone breakout cord or USB communiactions audio adaptor to allow it to work with a PC for talking with your comrades while playing that MMO game. Here, they could offer the gaming interface cables and adaptors for PCs or consoles as optional accessories.

Other than that, I have found very little to fault this headset as a premium all-purpose pair of circum-aural headphones

I would position the Denon MusicManiac AH-D600 as an all-purpose music-grade circum-aural headset that cam be used where you want to concentrate on the audio content. It doesn’t matter whether you are on the train or plane listening to music on that smartphone, tablet or laptop; you want to listen to that CD or record in detail through that good amplifier, you are doing some serious recording in the studio or with that good recording device; or are wanting something as an alternative to the fashionable DJ headphones as cue / monitor headphones for your DJ work. The headset cable will also come a long way with communications devices (including mixing-desk talkback setups) that exploit the standard headset plug wiring used for mobile phones.

For that matter, I would recommend these headphones as a major-special-occasion gift for someone in your life who loves their music very much. This could be something like a major birthday. graduation or retirement gift and could be best purchased by a group of people like a family.