Shortly after I reviewed the Sony CMT-MX750Ni Internet-enabled micro music system, I engaged in an online conversation with someone who bought one of these music systems for use in their apartment. This person’s apartment is part of a European “resort” development that provided Wi-Fi wireless Internet and they had to log in using a Web interface every time they wanted to gain access to the Internet.

Here, the user had to forfeit the network and Internet features that this system offered and gain access to Internet radio using their iPhone docked in the system’s dock and running TuneIn Radio. This is because, like most Internet-enabled consumer AV, the Sony music system wouldn’t support the Web-based login that the Wi-Fi service at the “resort” development needed. Similarly, a person may have to connect a regular computer’s sound output to a music system like this and run a Web app to listen to Internet radio on that system.

This conversation had shown up a reality concerning network-enabled consumer AV equipment when used in “resort” developments, apartment blocks, retirement villages and similar locations which require this kind of Web-based login. Typically these places may offer the Internet access as a complementary service for their residents, tenants, apartment owners or guests, and have this as a headline feature for that development. It is also an increasingly-common situation as people “downsize” and move towards smaller accommodation or as long-term project-based work out of town becomes more attractive.

Here, these guest-access or resident-access Internet services are architected as if the devices that would use the services are regular desktop / laptop computers or mobile smartphone / tablet computing devices. None of the consumer-AV devices would incorporate a Web browser or implement it as part of a login sequence, because they typically exist behind a router or other Internet gateway device.

This same situation also inhibits use of the local network for applications like media sharing, network printing and network gaming. This is because most protocols like DLNA, AirPlay and AirPrint work properly when the devices are all on a single subnet (logical network).

Personally I would like to see hotels, “resort” apartment developments and similar developments; and the companies who provide Internet service for resident / tenant / guest use at these locations tackle this issue. The reason I encompass hotels and serviced apartments which typically offer short-stay accommodation in this article is because a lot of them end up letting their rooms on a long-term basis for project-based workers and similar users. 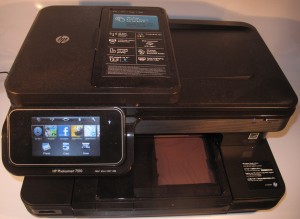 One way would be for each room or apartment to have its own Internet gateway device and Internet service in a similar manner to how Internet service is set up for the typical household or small business, As well, a separate Internet service feeds wireless access points that cover common areas like the swimming pool for the public Wi-Fi access. This one would have the Web-fronted access or Wi-Fi PassPoint authentication mechanism with the user supplying parameters that relate to their room or unit.

Here, the Wi-Fi segment served by these Internet gateway devices could be just enough to cover the room, suite or apartment. As well, the SSID for each room could represent the property name and room number and the Wi-Fi segment is protected with WPA2-AES security with a passphrase that is particular to each private space and each stay (in the case of a hotel or short-stay serviced apartment).

The authentication for this Wi-Fi segment that encompasses this private space would be required to support WPS-PBC push-button authentication as well as a passphrase that is written on a sticker attached to the gateway device, shown up on a TV screen in the case of hotels or given out on a plastic card for devices that don’t implement WPS-PBC setup like every Apple device.  As well, there would be Ethernet connections for wired-connection devices like desktop computers or consumer AV devices.

All of this management would be performed using software and hardware that implements the TR-069 protocol used by the broadband-Internet industry to manage customer-premises equipment from the wide-area network.

The question that is often raised about these setups is how one can create custom super-networks that encompass multiple rooms / apartments or permit users to gain access to data held within their own spaces from the public space. It also involves having people with limited computer skills creating these custom super-networks as part of booking guests in to short-term accommodation such as the archetypal business hotel.

Other questions that may also be raised would include implementing VLAN, VPN or similar private-network technology between residents’ networks and public-area wireless access points. Here this may be about catering for network-enabled vehicles kept in the parking area linking to home networks in associated apartments through residents bringing in DLNA-capable AV to communal areas for functions, to smartphones used by residents in public areas linking back to network in the resident’s apartment.

At least this is a reality that needs to be tackled by the Internet-service industry when they provide “inclusive” Internet service to the multiple-tenant developments.