Using external drives to save space on your Mac? Format them first. | MacFixIt – CNET Reviews 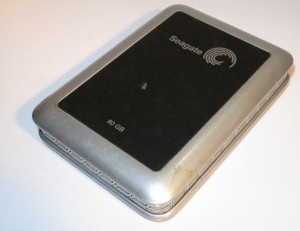 In the context of an external hard disk that you attach to a network-attached storage device for extra capacity, it may be worth looking through the instruction manual for your NAS or router to find the optimum file system. Some of the NAS units may work with ext3 or NTFS as the file system whereas most, including the routers with NAS functionality will stay with FAT32.

But this situation would apply to external hard disks that are primarily connected to the host computer all of the time rather than the “portable” hard disks that are likely to be moved between different computers and file systems. It wouldn’t hold well with thumb-drives and memory cards that you would expect to move between various computer devices including specific-purpose devices because most of these devices would only know the common FAT32 file-system.

This advice is best applied with an external hard disk that you have just purchased rather than one that contains all of your data because a format routine can wipe all of the data that exists on the hard disk.

Why use headphones during that Zoom or Skype video conference?