I am reviewing the Plantronics Backbeat Pro Bluetooth noise-cancelling headset which is my first attempt at reviewing a headset equipped with two key features: Bluetooth wireless connectivity and active noise cancelling.

The former feature links to mobile devices and laptop computers via Bluetooth wireless technology while the latter detects noise associated with transport or fans using microphones and applies a “counter-noise” to this noise through the headset’s speakers. When you listen to program content or take a call, the sound from the external device such as the music or your caller’s voice is mixed in with the aforementioned “counter-noise” so you can hear that sound more clearly. 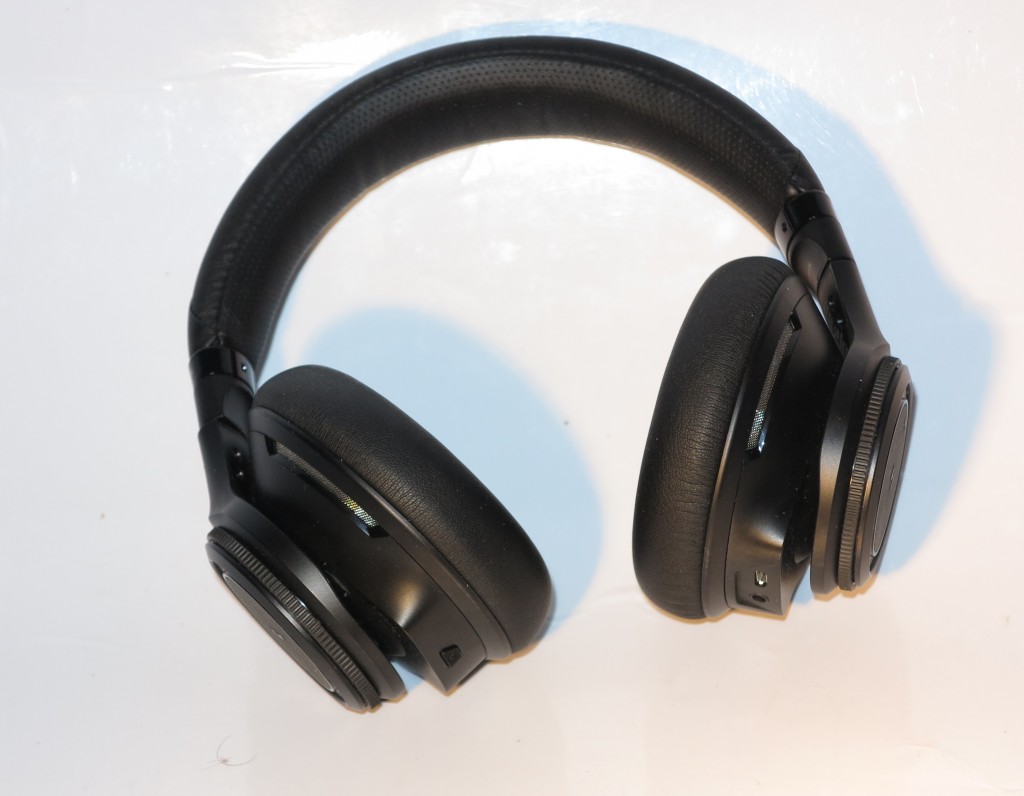 I was able to pair the Plantronics BackBeat Pro headset with my Samsung Galaxy Note 4 smartphone very quickly – this supported NFC-based pairing which is currently implemented in Android only. But with devices that don’t support it, you can start the pairing process without needing to hold down a button on the headset.  There is support for multipoint use with a simplified call-handling experience where you just touch one button to answer calls from any phone.

There is a 3.5mm four-conductor headset jack which connects to your device via a supplied cord that is wired for CTIA / Apple setups. This overrides the Bluetooth headset functionality so you can use the Backbeat in an airliner.

It is powered via an integrated rechargeable battery that lasts a long time – you could get a day or more out of the headset’s battery life when you are using it as a Bluetooth headset or as an active-noise-reduction headset with another device. 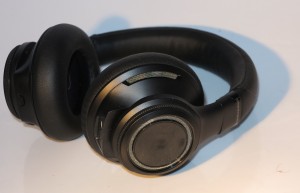 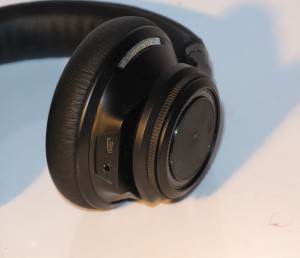 There is a motion sensor that starts and stops your music device when you put the headphones on and take them off. But this can be very erratic in some situations such as a rough road or rail ride or sometimes even putting them on a table and subsequently picking them up has me find that they start playing too early. A supplied configuration program can be used to adjust this function but I would prefer a hardware switch to enable and disable this function.

The Plantronics Backbeat Pro has the same kind of comfort level expected for most circum-aural headsets and could be worn for a significant amount of time. You could feel that they were there without it feeling as though they are crushing on your head and the padded headband provided that feeling as if they were just there. 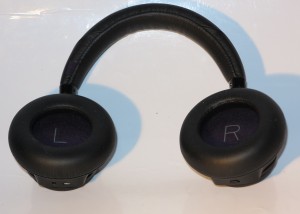 The ear surrounds even didn’t come across as something that could end up being sweaty. As well, your ears rest on foam cushioning with cloth lining the earpiece areas so as to allow for increased comfort. Here you even have the sides that each earcup represents written on the cloth lining itself. The only comfort tradeoff you may find with the Plantronics BackBeat Pro and its peers is that due to their hard construction, they may feel uncomfortable to use when you are sleeping if you sleep with your head on your side.

As for build quality, I would expect them to last a long time. This is through the use of durable design practices like thicker plastic and placing a plastic conduit which houses the cabling between the earpieces against an aluminium strip.

I was able to run the Plantronics Backbeat Pro headset at lower volumes while the sound is still audible which makes for a headset that is designed with efficient drivers. This would then allow for the headset to run on its own batteries for a long time yet be useable.

The music came through loud and clear and with that desirable amount of bass response. I even disabled any equalisation curves in my media player and any in my phone to identify whether the bass response was there without the need for added equalisation and found that these headphones still delivered the punch in the music.

The Plantronics Backbeat Pro has come up trumps with video content in that it was able to yield clear dialogue and give punch to those effects. I was even keeping an ear out for effects like gunshots or vehicle moment while watching Kurt Wallander because they are the kind of effects used in some of the games liked by “core” gamers and they came through with that desirable punch.

I have made and taken a few phone calls using the Plantronics Backbeat Pro Bluetooth headset and have noticed that the conversation came through clearly for both myself and the caller. I also tried the headset a few times with Google Now and the voice assistant could parse what I was saying easily. The headset call button worked as expected with the ability to tap twice to call the last number or tap and hold to invoke Google Now or Siri depending on your mobile device.

I used the Plantronics Backbeat Pro headset in the back of a transit bus and had noticed some level of noise reduction when the bus was at speed and was able to hear my music content more clearly.

The Active Noise Cancelling function is available when the headset is switched on and can work either with a wired connection or the Bluetooth connection. Here, you then enable it using a slide switch on the left earpiece and can notice the difference.

Here, the rumbling associated with trains and the like is cancelled out using so-called anti-noise. There was a noticeable difference when I used it on the train in Melbourne’s City Loop because I heard very little of the rumbling associated with through-tunnel train travel but could have my music at a decent volume. The experience was also the same when I used this headset in a few different transit buses and the noise from the engine was significantly reduced. As well the noise-cancelling function had no effect on the BackBeat Pro’s bass response. In some situations, I could hear the destination announcements that were called over the train’s intercom or a radio station played over a rail-replacement charter bus’s sound system more clearly and intelligibly even if I had my music going.

The only problem with using Active Noise Cancelling is that if you want to simply just run that functionality without the headset working with another audio device, you have to plug something in to the 3.5mm jack to override the Bluetooth transceiver. This may be of annoyance for those of you who are trying to sleep on the overnight train or that night flight or use the Active Noise Cancelling to effectively mute out the air-conditioner’s noise while trying to go to sleep..

The active noise cancelling function  could be set up to run independent of Bluetooth operation or having the headphone cable plugged in. This could be handy when you are in a noisy environment without needing to deal with a cable that can entangle you. An example of this could be to claw some sleep when you are in the plane or in a motel room where there is a noisy old air-conditioner.

The microUSB charging socket on this headset could be set up to work as a way to connect the headset to a computer and have it serve as a USB audio sound device for that computer. The controls could also be mapped through as USB Human Interface Device controls for multimedia and telephony use. This would earn its keep when you are on the plane and using a laptop which is set up for “flight mode”, or are using the headset with a desktop computer for online communications and gaming, especially as traditional “three-piece” desktop computers don’t necessarily support Bluetooth.

The Plantronics Backbeat Pro could benefit from a hardware switch to enable or disable the sensors that allow it to play or stop the music source if you take the headset off. This can be of importance where the ride is bumpy and this function could be susceptible to false triggering.

As well, the headphone cord could benefit from a switch which selects between OMTP / Apple (CTIA) headset wiring mode. This is because not all mobile phones and communications devices are wired for CTIA (Apple) mode and you may want to make sure that your BackBeat Pro could work with anything your present to.

As for adaptors, the Plantronics Backbeat Pro Bluetooth headset missed out on an inflight-entertainment adaptor which is considered abnormal for a noise-cancelling headset that would be typically used in an aeroplane.

I would recommend the Plantronics BackBeat Pro for those of you who value a Bluetooth noise-cancelling travel headset that excels on usability especially when you use your smartphone as a music player when you are travelling on public transport. As well, it would earn its keep with those of you who aren’t necessarily after the fashionable headset brands but are really after something that does the job.

If you do need to use this headset as an active-noise-reduction headset without the use of any program-source device, you could use a 3.5mm plug which you could purchase from an electronics store and plug this in to the audio jack on the headset.

Sony–now on to the network media server game