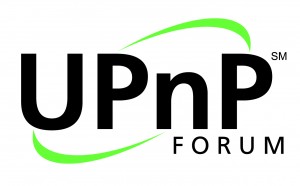 I have had the chance to interview Wouter van der Beek who is the Vice President of the UPnP Forum which defines the standards and specifications associated with UPnP technology. This interview is primarily about the direction that the UPnP Forum and this technology is heading in the face of current personal-computing trends like cloud computing and the Internet Of Things.

This is a collection of standard for interlinking network-connected devices at an application level. It is to facilitate discovery of the devices by other devices on that network along with the ability to benefit from what the device has. The idea had been seeded 15 years ago when the home network was becoming commonplace thanks to affordable but powerful computers along with affordable broadband Internet services, but there needed to be foolproof ways to allow most people to set up, manage and benefit from these networks without requiring extensive computer skills.

Freebox Révolution – an example of equipment designed with UPnP in mind

This has been facilitated initially with the Internet Gateway Device which has simplified management of Internet access for devices on a home network. If you use a UPnP-capable router and have its UPnP IGD function enabled, you don’t have to meddle around with different settings to get an online game or Skype to work via the Internet. 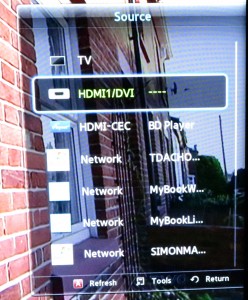 It has also been facilitated with DLNA-capable media devices which use the UPnP AV MediaServer or MediaRenderer device control protocols. This is where you could use a smart TV or a Blu-Ray player to discover photos or vides kept on your computer or network-attached storage device or “push” music from a Windows computer, NAS or Android smartphone to a Wi-Fi-enabled wireless speaker. Here, it has become to that point where UPnP and DLNA have become so synonymous as an expectation for anything that uses the home network to provide or play / show multimedia content in a similar way that Dolby noise reduction was an expected feature for good-quality cassette players.

The foolproof way of setting up and using UPnP-capable network equipment has, for that matter, had me look for devices that support these specifications when I am involved in buying or specifying network equipment.

Previously, the Universal Plug And Play technology was confined to the home network which encompassed computers and related devices that existed in one’s home and connected to a router which served as the network’s Internet “edge”.

Thanks to trends like the highly-mobile devices like smartphones, tablets and laptops; the online services and cloud computing, and the increasing role of social media in our lives;  the UPnP technology and, to some extent, the home network has changed its zone of relevance. This encompasses the following zones of relevance:

It also encompasses the Internet Of Things where devices can be required to be sensors or actuators for other devices and services in a universal manner.

An example of this was to establish some Device Control Protocols like the Telephony DCPs with a view to look towards the many zones of relevance and increase the UPnP ecosystem’s relevance to more users.

One major change is to integrate cloud computing, remote access and online services in to the UPnP ecosystem. Previously, a UPnP ecosystem was encompassing just one network, typically your home network and required each endpoint to be on the same network. 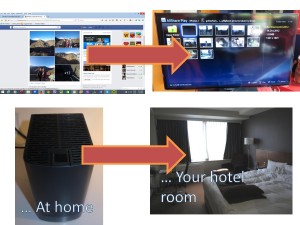 UPnP is now about online services and remote access

Now situations have risen such as the desire to gain access to your content held at your home from your friend’s home or a hotel, or exhibit pictures held on Facebook or Dropbox on our smart TVs at home. Similarly, even in the same home, not all devices are connected to the same home network such as portable devices drifting in to Wi-Fi “dark spots” where there is very little reception or devices that are connected to a “guest network” on our routers.

Now cloud and remote access were written on as an annex to the UPnP Device Architecture but support for this is a requirement for UPnP+ certification. This is to factor in the ability for a UPnP “realm” to transcend across multiple logical networks.

One of the key additions was to integrate XMPP in to UPnP as part of the Cloud initiative in order to provide a level open playing field for cloud-driven applications. This also will provide for secure transport of the necessary data. It is more centred around the concept of creating virtual rooms which UPnP devices and services are invited in to as needed with these rooms being part of different logical networks or IP subnets. 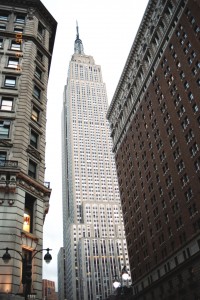 UPnP – to be safe for business

You may also wonder whether there are steps to make UPnP technologies “safe for business”? There are some steps that have taken place to assure this goal because the different zones of relevance like workplace / business and industry place a key emphasis on security.

One of these is the DeviceProtection DCP which allows the creation of a “network of trust” amongst UPnP Devices and Control Points. This will be mandatory as part of UPnP+ certification whereas it was simply an optional feature for UPnP networks. Other DCPs that will become mandatory for UPnP+ certification include the “management” DCPs: DeviceManagement, ConfigurationManagement and SoftwareManagement which look after how a device is set up and updated.

Of course, these are considered “retrofit” solutions which assure secure links and setups and any security concept is primarily about “buying time” from hackers.

As well, DLNA had integrated various content-protection measures in to the VIDIPATH specification which encompasses UPnP AV standards to assure secure content delivery for premium content like Hollywood films and big-league sports.

The Internet Of Things

Previously the UPnP Forum placed emphasis on the Device Control Protocol as being the way to describe a UPnP device and what it can do. This ended up with each of these protocols taking a long time to develop, whether at the initial stages or as they were being revised.

As well as the long time it took to develop a Device Control Protocol, there was the risk of focusing these protocols on an application-specific vertical plane with functionality being duplicated amongst multiple protocols.

The new direction was enshrined in the “Internet Of Things Management And Control” DCP which is focused around the particular tasks a sensor or actuator device can do. This also enshrines language and data models that can be used to define applications. But it allows a sensor or actuator which does the same thing to be described the same way.

As well, the data models can be evolved for particular applications and there is a short turnaround time required to set a data model in stone. This could allow one to define an application-level device class based on a collection of sensors and the kind of measurements to be used.

Another reality that UPnP would face is devices based on other standards. This encompasses sensor and similar devices that work on networks like Zigbee, Z-Wave and Bluetooth that don’t work on an IP/Ethernet-based structure or Ethernet-based technology that doesn’t implement IP as a way to liaise with devices at higher levels. In a lot of cases, these networks have come about due to an expectation that battery-operated sensor and similar devices are expected to run for six months or more on a single set of commodity “dry-cell” batteries like AA-size Duracells or CR2035 “button-size” batteries.

The UPnP Internet Of Things effort also includes Device Control Protocols to address Network Bridges so they can work in a UPnP or UPnP+ ecosystem. This should solve a very common problem with “smart-home” devices typically smart locks and central-heating controls, where Internet-connectivity bridges for these devices are supplied by the manufacturer and are designed to work only with that manufacturer’s devices.

The UPnP Forum has made big strides in achieving vendor universality but it still relied on the use of logo programs like DLNA or Designed For Windows or potential buyers pouring through specifications to achieve this goal when buying or specifying devices. But some competing ecosystems typically required one physical device such as a wireless speaker to have physical and logical support for each of them, thus the row of logos that adorn the top edge of a device.

But they would like to use concepts like Network Bridges to provide support across different logical ecosystems and have UPnP as a “glue” between the ecosystems.

By stripping the UPnP platform to functions that are on an elementary level, it means that the ecosystem can be evolved to newer requirements that work across any computing zone-of-relevance independent of where the data source or destination is.