I am reviewing the Dell AE2 Performance USB Headset which is a USB-connected gaming headset designed by SteelSeries on behalf of Dell.

This is a practice that a lot of manufacturers, distributors and retailers in the computing and consumer-electronics game have been involved in where they ask someone else to design and make the product to be sold under the client’s name. Infact, most of the Japanese consumer-electronics names had engaged in the practice themselves, either making “white-label” products for other companies to sell under their own labels or being the companies who called on others to design and build products.

One of the ways you would know that this headset was a SteelSeries design was the speaker cloth on the earcups had the label “Acoustics by SteelSeries” written on it. As well, I had a look through the product documentation and it required me to install the SteelSeries Engine software to be installed on my computer so I could gain more control over the headset. 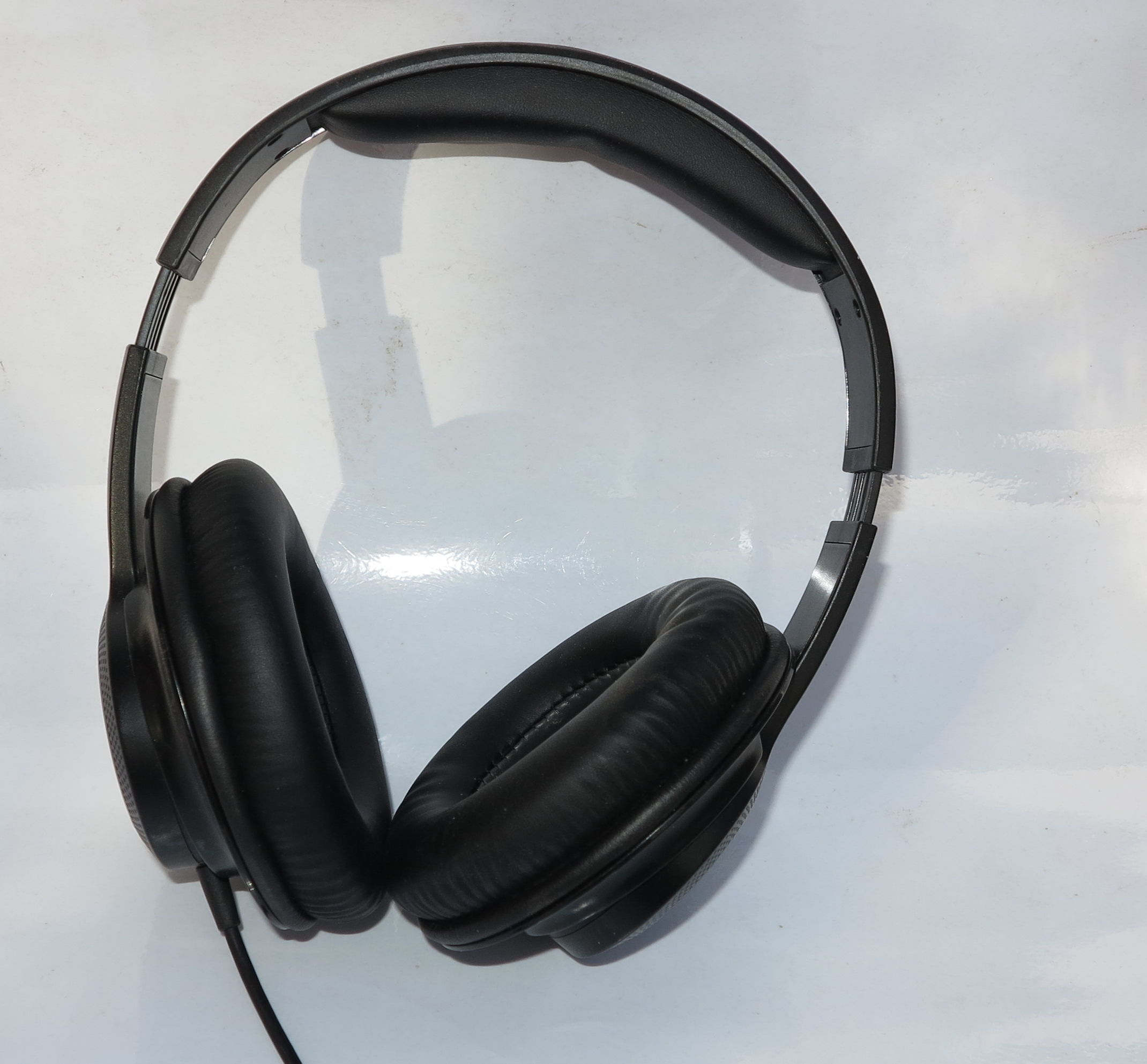 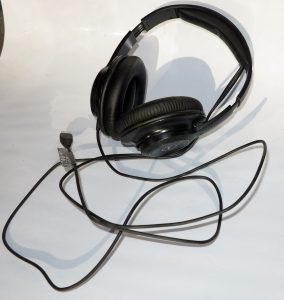 The Dell AE2 Performance USB Headset is designed like most circum-aural headsets and implements the USB bus as its way of connecting to host devices. As to appeal to the gaming community, each earcup has a glowing white ring which illuminates when you have the headphones plugged in to your computer. But, as I have said later on in the review, you can determine whether this glowing occurs or not or what colour is used thanks to a configuration program called SteelSeries Engine.

I have done most of the reviewing of this headset without using the SteelSeries Engine control software, which would represent requirements where you can’t or don’t want to add extra software to your computer to gain more out of these headphones.

How the Dell AE2 headset connects to your computer

The Dell AE2 Performance Headset connects to USB-equipped computing devices using its USB Type-A connector and presents itself to them as a USB Audio input and output device. Windows 10 was able to even identify this headset as headphones and give this device priority over existing default audio devices like integrated speakers in a monitor or laptop. The headset has a maximum rated power draw of 150mA which means it shouldn’t place much demand on your laptop’s battery power as well as being able to work comfortably on a four-port bus-powered USB hub being used by input devices.

I had tried using this headset with my Samsung Galaxy Note 4 Android smartphone by connecting it to the phone via a USB OTG cable. Here, it would work as a USB Audio device but I had found that this functionality didn’t extend to communications tasks like using the phone. Here, I would communicate with the caller via the smartphone’s speaker and microphone rather than through the Dell USB headset. The USB-based audio device as a mobile-phone accessory is becoming a reality thanks to USB Type-C connectivity and manufacturers doing away with the 3.5mm audio jack on their phones. 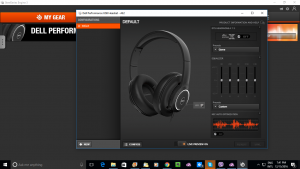 You can run the SteelSeries Engine 3 software on your Windows or Macintosh computer, which effectively allows you to gain more control over the headset. This program offers a DTS Headphone 7.1 surround decoder for headphone applications, a five-band graphic equaliser, a microphone-optimisation program along with the ability to control the lights on the earcups. You could even have the lighting change colour based on games events which works for some games thanks to API hooks that SteelSeries have published for game studios to use.

This program works properly as advertised and you don’t need to have it running all the time you use the headphones, which can be a boon for those of us who use laptops while on battery power. 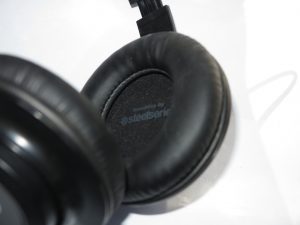 These headphones are very comfortable to wear for a significant amount of time thanks to the circum-aural design and the fact that your ears are not touching anything hard. As well, they don’t feel sticky after that long time of use because of assuring some airflow around the foam surrounds.

The Dell AE2 Performance USB Headset is able to handle music in a similar manner to most circum-aural headphones by being able to put up some good bass response. It was also able to work well with the vocals and other instruments but you may experience a bit of reduction of higher frequencies – it is not really something with hi-fi credentials for listening to detailed music. 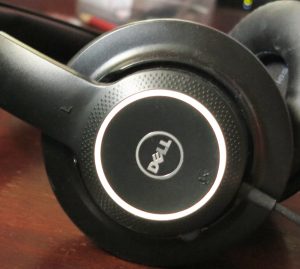 I have also tried these headphones with some video content in the form of watching an Inspector Morse episode (Sins Of The Fathers) from a DVD using my desktop computer. Here, the dialogue came across very clearly and I was able to hear the sound effects distinctly with the added bass response doing some justice to certain effects like the rumbling heard in the brewery that was part of the story. There were a few brewery scenes in that same show which represented a sound presentation not dissimilar from what would be expected from a lot of action-based computer games with people traipsing around the factory, the rumbling of machinery and the music score, with the Dell AE2 Performance USB Headset handling them very well.

I had placed a call using Skype to someone I know and they had noticed that I was able to come across very clearly with the headset while I was able to hear them very clearly. The Dell AE2 headset can earn its keep as a communications headset for VoIP softphones and similar online calling platforms, especially if they implement high-quality voice codecs.

The Dell AE2 headset offers a significant amount of noise reduction which can be a boon for those of us who are commuting or working in a noisy office. It may not be as effective as active noise cancellation but can suit most of us in these environments.

One of the problems that will need to be answered with these USB headsets is for all mobile operating systems to treat them as headsets when they are connected to mobile devices.

Another desirable feature would be to have a hardware switch on the headset that turns the lighting on and off so you can be able to reduce your laptop’s battery drain when you run them and avoid the need to run a configuration program to achieve this goal. As well, headsets of this kind could benefit from a volume control on the earcups that controls the host system’s volume using the standard USB protocols.

Similarly, Dell and SteelSeries could implement a USB Type-C detachable connection so that they can be provided with a detachable cable allowing them to last longer by allowing you to replace damaged cables. This would also cater towards the newer USB Type-C direction as more of the computers come with this connection.

Personally, I would position the Dell AE2 Performance USB Headset more as suitable as a general-purpose computer headset for applications where you want to hear your computer software’s audio privately but are not expecting to pay attention to how music comes across through them. This is rather than just as something for chatting during games or hearing games effects privately and intensely.

The Dell AE2 Performance USB Headset also represents a newer trend for headphone construction where there is emphasis on “digital to the earpiece”, which can open up many points of innovation like optimised sound or active noise cancellation. The USB connectivity allows for this to work for wired-headset setups including allowing the host device to actually power the headset.