YouTube will use Wikipedia to fact-check internet hoaxes | FastCompany 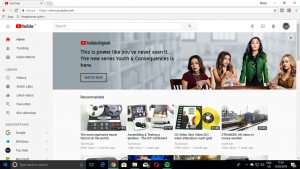 Ever since the mid-1990s when the Internet became common, conspiracy theorists used various Internet resources to push their weird and questionable “facts” upon the public. One of the methods being used of late is to “knock together” videos and run these as a “channel” on the common video sharing platform that is YouTube.

But Google who owns YouTube now announced at the SXSW “geek-fest” in Austin, Texas that they will be providing visual cues on the YouTube interface to highlight fact-checking resources like Wikipedia, everyone’s favourite “argument-settling” online encyclopaedia. These will appear when known conspiracy-theory videos or channels are playing and most likely will accompany the Web-based “regular-computer” experience or the mobile experience. 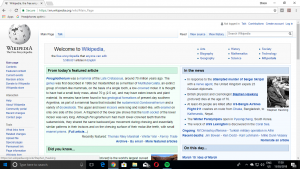 Wikipedia no being seen as a tool for providing clear facts

It is part of an effort that Silicon Valley is undertaking to combat the spread of fake news and misinformation, something that has become stronger over the last few years due to Facebook and co being used as a vector for spreading this kind of information. Infact, Google’s “news-aggregation” services like Google News (news.google.com) implements tagging of resources that come up regarding a news event and they even call out “fact-check” resources as a way to help with debunking fake news.

You can have Alexa print documents on your HP printer