Instructions – From the horse’s mouth

Manually updating your PS3 with the firmware 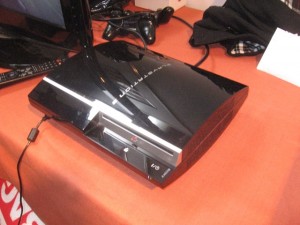 Previously, when Sony rolled out version 4.45 of the PlayStation 3 operating software, this update had caused many PS3s not to boot properly for interactive use. The situation had been described where the consoles were effectively “bricked” and Sony had to immediately pull the update from their PS3 software-update servers.

Now they have released version 4.46 of this firmware and made it available also as a manual-update file so you can recover a PS3 that had suffered this fate. When this situation had occurred with the PS3, the version-4.45 software went in to an “endless-loop” during startup thus not reaching the standard “XMB” start menu.

Fortunately, Sony had set up a “safe mode” for the PS3 in a similar way to what Microsoft, Apple and others have offered as a diagnostic startup option for their regular-computer operating systems. Here, this places the equipment in a known state with minimum software and hardware overhead that allows one to perform diagnostic or recovery work on faulty equipment.

Here they also detailed how to place the PS3 in to the aforementioned “safe mode” so you can load the firmware from the USB memory key. As well, you would have to connect the game controller to the PS3 via a USB cable while it is in this mode and be sure to select the “System Update” option on the menu that pops up to start this update without destroying your data and settings.

As well, I would suggest that you check that the version of the firmware on your PS3 is indeed 4.46 or newer in order to make sure that your console is behaving in a reliable manner.

An issue that could be raised regarding field-updatable firmware especially for consumer-electronics devices is providing a fail-safe update process with a rollback mechanism. This is more of an issue when there are situations like bugs that missed the quality-control process; failed download / install processes or, at worst, malware written in to field-updated firmware.

Here, the previous firmware could be kept in a separate section of flash memory or secondary storage, as well as the ability for the device to start in to safe mode thus providing the option for software rollback if the software didn’t start to the normal user interface.  Similarly, the standard user interface could be used as a way to facilitate this kind of software rollback, which can come in handy with bugs that creep up during normal operation. This is similar to what has been achieved with most desktop operating systems like Microsoft Windows, where the operating system creates “system restore points” at the start of software install or update processes and is able to roll back to these points if the install or update becomes dysfunctional.

What we are starting to see is that devices like games consoles, smart TVs and printers are becoming as sophisticated as regular computers and entering a point where the same kind of irregularities could creep up on them.

A few weeks ago, I had visited my barber to help him out with this home IT needs as part of a “quid pro quo” arrangement. He had a few issues with Skype underperforming because with him being an Italian migrant, he relies on this videoconferencing tool to communicate with his family back in Italy.

A test I had done as part of troubleshooting Skype was to run an Internet-based videocall. This was done using my smartphone running the Android version of Skype and connected directly to the Telstra 4G network while his laptop was connected to the home network via Wi-Fi and the network was serviced by a cable-modem broadband Internet service. Here, I had started the Skype videocall further away from the laptop so as to avoid acoustic feedback or unnecessary echo while using my headphones to hear my barber on my smartphone when he was speaking in to his laptop.

Here, I hadn’t noticed any problems with the Skype conversation when the Internet connection was used, with the call not sounding stuttery or the video not being choppy. But an international VoIP connection can show up problems at different times of the day such as during peak Internet times like daytime for one of the countries.

This is similar to a Skype “dry-run” I suggested to someone else whose daughter was heading off to the UK as part of an exchange-student programme. Infact, doing a test call where both devices are on a separate Internet connection can be used to determine whether Skype, Viber or similar VoIP applications are behaving properly. In the case of Viber, there is a desktop softphone client available for this VoIP service.

The requirement is that one device is connected to a wireless-broadband modem or another network serviced by a separate Internet connection. This can be easy for a smartphone or tablet that is associated with a wireless-broadband service, but you would have to disable the Wi-Fi network functionality so that the mobile device doesn’t associate with the home network. In the case of a laptop, you may have to connect via a wireless-broadband modem, “Mi-Fi” router or another network service by a separate Internet service. This could be your work’s network, a neighbour’s home network or a wireless hotspot at a library or café.

Acoustic isolation between the devices

Similarly, headphones or a handset like one of the “trendy old-look” handsets that you connect to a smartphone can come in handy here to avoid echo and acoustic feedback if you are in the same house. Here you would need to use this with one of the devices or use one device well away from the other device such as in another room, preferably behind a closed door.

These arrangements can he useful for either practising the use of Skype or similar VoIP software on a new device or interface; or troubleshooting a balky VoIP connection,

You may find that you cannot use your printer or multifunction from your computer via the network yet find that it can perform standalone tasks such as copying and faxing for example. It is even though the printer used to print from the computer via the same network connection just before the problem surfaced.

This is a situation I have ran in to myself with my computer and my inkjet multifunction printer on many occasions. But I have also assisted a small company whom I deal with regularly that faced similar problems with two of their colour laser printers that are connected to their business’s network.

There are two main problems that can cause you not to print to your network printer even though you could previously print to the same machine.

If the fault occurs with one particular computer rather than all computers and devices that use the same printer driver software, the driver software or its configuration may be balky.

This may happen if you have continuously added and removed many printers from the same computer, something I have encountered as I install and remove many different review-sample printers from my desktop PC through the course of adding content to this Website.

Check and reinstall the driver software

In some cases, this problem can be caused by faulty driver software and you may have to download the latest driver software from the manufacturer’s Website. It is infact a process I encourage people to do when installing new hardware because the software supplied on the CD in the device’s carton may he “rushed out” in a bid to get the device to market quickly.

Check the state of the operating system’s print functionality

Similarly, it may be worth rebooting the computer because the print spooler (the software that manages the printing function) in the operating system may have stalled. On the other hand, you may have to manually start the print spooler. In Windows 7, this would be found by searching for “Services” in the Start Menu’s Search option, whereupon you look in the list for “Print Spooler” and make sure that’s started.

If this happens with all of the computers in the network, it may be due to the printer itself losing connection with the network. This may also affect other network functions like IP-based faxing, HP ePrint or other Web-based features.

Check for faults with the network

Check for obvious faults with the network connection like faulty Ethernet leads, infrastructure equipment like a router, switch or HomePlug bridge turned off or not functioning or, in the case of Wi-Fi setups, the quality of the wireless signal.

In some cases, you may have to turn the network-infrastructure device off at the AC power for a few seconds because it may have “frozen” due to something like a power surge. Use the network-status option on the printer’s control panel menu to check that it can “see” the network after you check these factors.

Once you know how to tackle these printer problems, you may then be able to see longer service life from your equipment.