Microsoft is now making it feasible to stream your Windows 10 computer’s video output via your XBox One games console. It is being pitched at people who play Windows-based games on their computer, whether from a CD or an online games resource like Steam, GOG or the Windows Store.

This is based on the same Miracast technology used to stream PowerPoint presentations, video clips and the like from a laptop to the Surface Hub large-screen conference-room computer. There is also the ability to use the XBox One’s controllers attached to the XBox to provide player input to the PC game.

You have to have your Windows computer and your XBox One on the same logical network and have the latest version of the Wireless Display app on both devices. It can stream video and audio from most apps and games on the computer to the XBox. The only exception would be protected video content like iTunes or Netflix.

As well, your XBox’s game controllers can become the player input for your Windows-based computer game, something that may be of benefit in those games where the keyboard may not be ideal. The software has variable latency configurations so you can set your controller input and display output’s behaviour in an optimum manner for the game you are playing.

At the moment, a keyboard or mouse connected to the XBox cannot serve as an input device for your regular computer, which may be of a limitation to game players who deal with “point-and-click” user interfaces or for combining remote-desktop / remote-assistance software with  the biggest screen in the house. You can get around this situation by using a keyboard and pointing device connected to or integrated in your computer.

Another question that will be worth raising with the evolution of this software is whether you are limited to stereo soundmixes when it comes to the sound that passes through this setup. This may be of concern with Windows games that are being offered with surround-sound mixes rather than just stereo mixes.

Here, I would see the new step towards linking your Windows PC to your XBox One as being beneficial for gamers who spend their gaming time between console and PC games. This is more so if they want to use the same large screen for both activities. 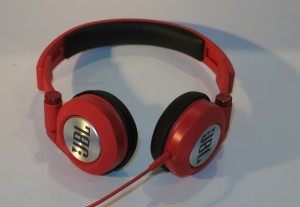 The article showed a compatibility issue when it comes to using different wired stereo headsets with different communications devices, whether they be computers, smartphones or games controllers.

How are the headsets wired?

There are two ways of wiring a stereo headset’s plug where both of them use a 4-conductor 3.5mm phone plug. The tip and first ring in both wirings are for the stereo sound to the headset speakers but how the second ring and the sleeve are wired differ between the wirings.

The CTIA wiring that Apple, Samsung and Sony uses for their phones and a great majority of headsets implement wires the second ring as the common or ground and the sleeve for the microphone. Conversely the OMTP wiring that Microsoft uses for their XBox One controllers and manufacturers like Nokia and a few Android handset builders has the second ring used for the microphone and the sleeve for the common or ground.

This problem can cause headsets that observe one of these wirings not to work properly with phones or other devices that observe the other wiring, such as with excessive noise or the microphone not working.

There are some ways to work around the problem. Firstly, you could purchase an OMTP / CTIA headset adaptor which is a plug-in jack adaptor that reverses the wiring so that an OMTP headset can be compatible with a CTIA device and vice versa. This can extend to having the headset’s plug wiring modified by a knowledgeable electronics technician to suit your device, something that could be done for “beer money”. If you have headphones that come with a headset cable, you could purchase another headset cable and have that modified to work with another device.

When I review headsets, I have raised this issue when it comes to headset connectivity and have suggested that headset manufacturers either supply a CTIA/OMTP adaptor plug or integrate a changeover switch for the affected connections into their headset or microphone pod designs. Similarly, device manufacturers could design their devices to work with both CTIA and OMTP headset wirings, something that can be facilitated at software level such as through a setup-menu option or auto-detect routine; or on a hardware level through a changeover switch on the device. The recent Lumia Windows smartphones have answered this problem by implementing a “universal headset jack” design.

There were other compatibility issues raised between headsets targeted at Apple devices and headsets targeted for other devices even if they were wired to CTIA specifications. This came in the form of the microphone’s impedance or how the buttons on the microphone pod send control signals to the host device.  But most of the other device manufacturers are answering this problem through the use of microphone-input circuitry that adjusts itself to the needs of the microphone that is connected to it. Similarly, the headsets are being required to effectively have their main control button short the microphone and ground (common) connections to signal the device for call-flow or media play-pause control.

Dealing with your XBox One’s controller

The headset jack on the XBox One’s controllers happens to be wired for OMTP which is also a common wiring method for regular computers, especially laptops. But, as highlighted in the OSX Today article, the Apple headset was wired up to CTIA standards.

But the author recommended a workaround to this problem by disabling microphone monitoring through the XBox One’s configuration menu. This is to reduce the buzzing associated with an electret-condenser microphone wired the wrong way, but may limit the headset’s functionality as a chat device when you play an online game for example.

Here, you have to enter the XBox One’s setup menu by double-clicking the XBox button on the controller, then select the “gear” icon to access the “Settings” menu. Then you have to turn the “Headset Mic” setting off and turn the “Mic Monitoring setting down to zero” to achieve this goal.

Personally, I would look towards purchasing a CTIA/OMTP adaptor online or through an electronics store and use this with the XBox One’s controllers so you can use the microphone on your Apple or other CTIA-compliant headset when you game online.

Play To | Play to on Xbox | Streaming media on Xbox – Xbox.com

Now you can have your XBox 360 games console working as a DLNA-controlled media player, responding to TwonkyMedia Manager, Windows 7 or 8’s “Play To”, AllShare or other DLNA media control points. Previously, this console, like the PlayStation 3 was able just to “pull up” content from DLNA Media Server like a Windows PC running Windows Media Player 10 or newer; or most network-attached storage devices, then have this content coming on your TV screen.

But how do I get this games console set up for DLNA? You would firstly need to update the XBox 360 to the latest software. This is something you may have to do when you purchase a new XBox 360 or are dealing with a console that hasn’t been regularly updated.

Then you would have to enable the “Play To” functionality in the XBox 360 so it can be managed by software like TwonkyMedia Manager; or the Windows Play To function. Here, you go to the XBox Home menu on the Dashboard, then select “Settings”, then select “System”. In that menu, you select “Console Settings”, then highlight “Connected Devices”. When you select this option, select “Play To” and make sure it shows “On”.

If you have two or more XBox 360s existing on the same home network, you may have to change your console’s name so it is easier to select a particular console from your UPnP AV / DLNA control point software.

While you are in the abovementioned “Console Settings” menu, highlight and select the “Console Name” option to name your console.

You have a choice of preset names that you can use or I would prefer you to use the “Custom” option to make a unique name for your machine. This may be particular to who owns it or which room it is in for example.

Here, you enter the name using whatever method you use to enter text on your console such as “picking and choosing” the characters with the buttons on your controller or using the Text Input Device keyboard. Select “Done” when you have finished to save your settings.

What can I play

Hiere, you can play most of the popular music, video and image file types through your XBox 360. This is similar to what the console has been able to do if you used it to find the content on a UPnP AV / DLNA media server or viewed the material from an optical disc.

This is another example of what these games consoles can do beyond playing video games; and who knows when Sony would update the PS3 to bring this same DLNA “push-to” media playback to that console.

Today, I had seen some excellent YouTube videos posted by Netgear on how to integrate your games console in to your home network. They make references to the networks being based on their own hardware, but these instructions apply to any and all home networks no matter what router is at the edge.

Also, when they discussed how to connect the XBox360, PlayStation 3 and Wii to the home network, they mentioned that you can use a HomePlug-based power-line network setup using their PowerLine AV network kit to build the HomePlug segment. The main theme was to connect the HomePlug adaptor to the console via its Ethernet port and select the “wired” connection option as appropriate.

The reason I have liked the videos was because they gave a visual walkthrough of the setup user interaction needed to be performed at each console. They also pointed out if a console needed extra hardware to be part of the home network depending on the connection type. They are also worth having as a reference if you are likely to move your console(s) between locations such as for video-games parties.

If you are viewing this in an RSS Web feed, whether through your RSS software or as syndicated content on a Website like Facebook, you will need to visit this blog to view the videos. You can do this by clicking on the View Original Post option in the software or Web site.

All of these handheld have integrated WiFi as their sole connection means due to their portable nature.