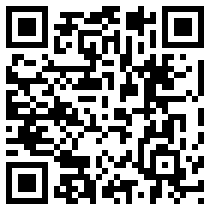 Click on or scan this barcode from your Android device to install this program.

I am reviewing WiFi Analyzer which is an elementary wireless-network site-survey tool for the Android platform. This program is free-to-download but is ad-supported with ads that can be suppressed for a few weeks at a time through a user option. There is also the ability for users to donate via PayPal to keep the program being developed.

This program has a few different methods of visualising the wireless-network space that your Android device as listed below.

There is a Channel graph which, like inSSIDer, can show the relative strength of each SSID on the Y axis and channel positioning on the X axis. This can be useful for determining whether a wireless network is being swamped out by other networks or determining where to tune the wireless access point’s operating channel to.

There is also a time graph which shows relative signal strength of access points over a time period. This can be useful for determining what happens when a certain network comes on line for example.

There is also an access-point list which lists each access point that the Android phone can pick up. Here, you are provided with the ESSID, BSSID, channel number and security type (including WPS capability) of each access point and can have this sorted by ESSID, channel,signal strength or security type (“openness”). This list can be grouped by ESSID and security type so you can identify multi-access-point networks. This view may not be accurate if you have multiple wireless routers in an area set to default SSIDs like “linksys” or “dlink” but working on different WEP keys or WPA passphrases.

There is a Channel-rating bar graph which measures channel useability by the number of stars where the more stars that exist, the better the channel is for your network. You can also “set” an access point to this graph so you can compare channels to the one it is tuned to at the moment. Again, this would come in handy for tuning the access point for best operation.

There is the ability for one to connect to a network if the user installs the “WiFi Connector Library” either through the application or by visiting the Android Market. This can allow the user to “lock-on” to a network while monitoring other wireless access points.

It works well as a basic handheld tool for setting up a new wireless router or access point or keeping a small wireless network operating at its best. For businesses who run public wireless hotspots, this program allows them to assess their hotspot’s performance or find rogue access points (fake hotspots / evil-twins).

I had put the program to some usage tests with different wireless networks including my own and a wireless hotspot, This hotspot was a complementary-use service run by a small independently-run cafe whom I have been helping out with concerning its performance and keeping it “business-safe”. Here, I used the signal-strength meter to check that there was proper signal coverage over the public dining room and terrace area of that cafe. I also used the channel-graph view to determine if there are other access points or ad-hoc wireless networks able to be picked up in the cafe. Both of these functions worked well with assessing the hotspot’s coverage and quality-of-service.

As well, I used it in two shopping strips to assess how it and the Samsung Galaxy S Android handset that I was running it on could handle many wireless networks. It is able to identify each SSID and plot it properly on the graph and could cope with me walking into and out of particular access-point coverage ranges.

For this application, the program could support “whitelisting” of BSSIDs against an ESSID so that one can easily know if the access point that is using your ESSID is really your network. This would work well with managing public networks like wireless hotspots by identifying rogue access points like the aforementioned “fake hotspots”. It can also work well with managing multiple-access-point wireless networks.

A “Pro” version, which would be sold for at an extra cost and wouldn’t have in-app advertising, could provide various extra functions like SSID whitelist management for use in optimising or managing wireless-network activity in particular sites or GPS support for “plotting” network coverage maps or the ability to keep standard log files for use with desktop software.

It is worth noting that this program is restricted to the frequency bands that the smartphone or tablet can cover and this is typically the 2.4GHz platform. At the moment, there aren’t any Android devices that can cover the 5GHz spectrum using their own hardware.

At last this is a program that answers my need for a cost-effective easy-to-use handheld network-survey tool in a popular smartphone platform. It can therefore be a good companion program to the inSSIDer program that I had previously reviewed on this site.