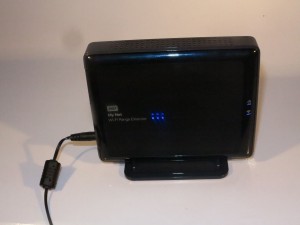 With nVoy, these devices become easier to set up and integrate in your network

There have been some previous methods available to allow one to manage a network from their desktop. One of these was SMNP which is used primarily to manage equipment in larger networks and is very difficult for anyone to use unless they had good IT skills. Another of these is TR-069 which was developed by the Broadband Forum for use by ISPs and telcos to set up and manage consumer modem routers.

These protocols, like a lot of other network discovery and management protocols relied on an operational network existing between the controller and the controlled device. Similarly, they haven’t work well as a way to allow an average householder or small-business owner to manage a small network effectively and with minimal help.

But a newer specification, known as the iEEE 1905.1 control specification had been set in stone and declared formal. It is now marketed as the nVoy specification and works at a level to manage network segments at the media level.

This is very important with the home-network setups that I prefer and stand for where there is an Ethernet and/or HomePlug AV wired network backbone along with an 802.11n Wi-Fi wireless network segment covering the property where the network is set up at.

This allows logic to be constructed to manage a Wi-Fi, HomePlug AV, MoCA or Cat5 Ethernet segment that is part of the typical home network without having to have a full IP logical network being alive across the whole network.  It also means that media-peculiar network-setup and diagnostics parameters like the ESSIDs and WPA2-Personal passphrases required for wireless networks can be propagated over different network media like Ethernet or HomePlug wired-network segments.

This simplifies setup routines like creating new Wi-Fi wireless or HomePlug AV powerline segments in a secure manner; or adding additional network devices to the existing heterogenous multi-segment small network. It even encompasses the establishment of secondary access points in order to extend the coverage of a Wi-Fi wireless network in a “cellular” fashion.

The user experience would be based on using NFC “touch-and-go” setup or two-button “push-push” setup of new Wi-Fi and HomePlug devices. As well, you would be able to manage the network from devices that use a full management interface, whether local to the network or remotely via something like TR-069 or SMNP.

Even through the life-cycle of the network, the nVoy specification can allow one to use a management interface at one single point of control to bring up diagnostic information about the network or parts thereof so as to identify points of failure or to optimise the network for best performance. The fact that nVoy is determined as a standard could allow computer operating-system developers to bake this function in to subsequent versions of their operating systems and establish one point of control in the operating system user interface.

Beyond the ease of setup and troubleshooting that it offers for small networks, nVoy has the ability to enable easy-to-manage “multiple concurrent pipe” connections in an easy-to-manage form. This allows for two or more connections to be aggregated for higher throughput, as a load-balancing arrangement so that particular traffic can go via one connection while other traffic goes via another connection as well as a fail-over arrangement if things don’t work out on one pipe. This will be more real with the common practice to equip most client devices with two or more network “on-ramps” such as Ethernet and Wi-Fi wireless.

Personally, I would also like to see nVoy work with most client devices in extending their network abilities. For example, a network printer or consumer AV device that has integrated Wi-Fi wireless and a wired connection like Ethernet or HomePlug be able to allow you to set up the Wi-Fi connectivity as an access point if it is connected to the network via the wired connection. Similarly, the same device could be set up as a wireless client bridge for another device like a PS3 or Blu-Ray player that is connected to the Ethernet socket on the device when it is connected via the wireless connection.

Similarly, the nVoy specification could also tackle quality-of-service for IP telephony, AV streaming and real-time gaming so as to guarantee throughput for these network activities. As well, when standards evolve for synchronous “broadcast” network activity on the different media such as for multi-channel wireless speakers or party-streaming modes, nVoy could be used to support network-wide synchronising abilities for these applications.

What I applaud about nVoy being set in stone is that the small network becomes easier to manage whether it is based on one segment or medium or uses many different segments or media.