I am reviewing the Sony MDR-10RC stereo headset which is a new set of Sony headphones optimised for the kind of audio recording technology that was being put forward for high-quality sound such as the 24-bit 192kHz file-based audio along with the “new-cut” vinyl records. 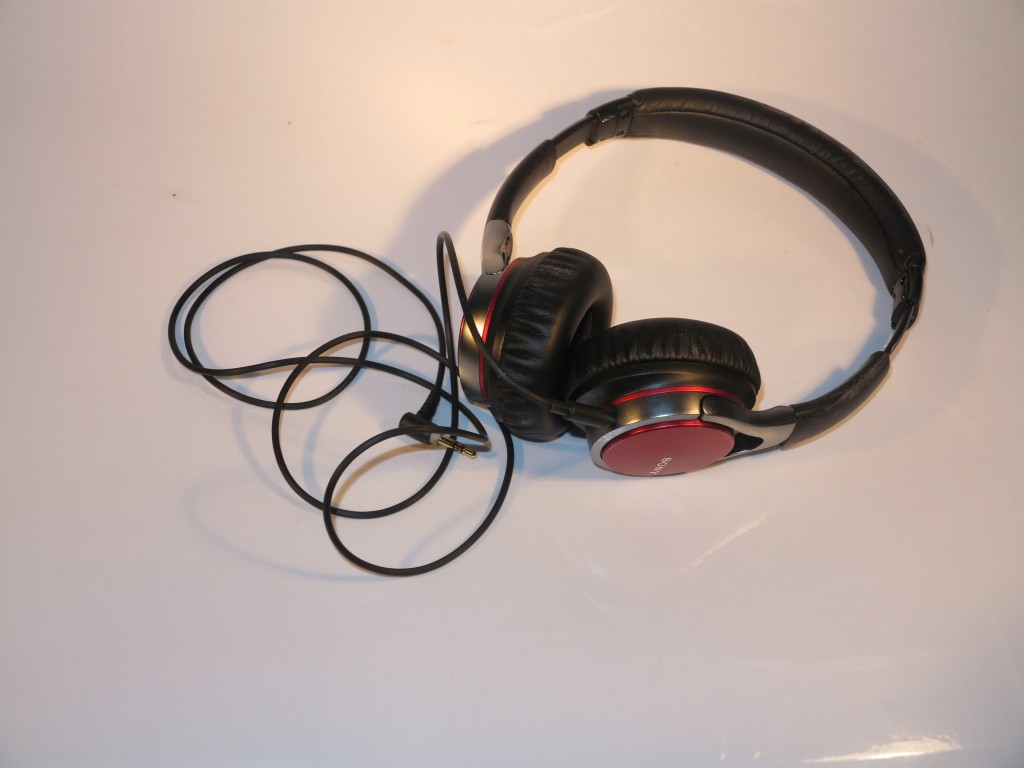 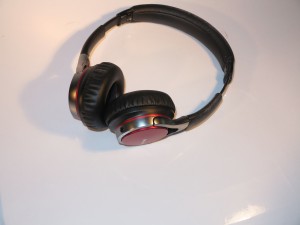 The Sony MDR-10RC stereo headphones have single-sided connection but they also have a detachable cord which is a feature that I desire of headphones. I remember the countless times that I have had to write off headphones because the cord has become damaged near the equipment plug and the detachable cord means that I can easily repair or replace the headphone cord if it becomes damaged.

Like the previously-reviewed Denon MusicManiac AH-D600 stereo headphones, these headphones come also with a separate “headset cable” with inline microphone which turns it in to a stereo headset as well as a 3.5mm stereo jack cord for use with other equipment.  This can make these headphones earn their keep with smartphones and similar devices when you do a lot of the travelling.

For this class of headset, the Sony MDR-10RC felt very lightweight. This, along with the padded headband, made the headphones very comfortable to wear and less fatiguing to use.

The earcups on these headphones don’t feel excessively sweaty thus being able to be worn comfortably for a long time even on hot days.  This is compared with the way some headphones that use leather or vinyl ear surrounds or cushions can feel sweaty after a significant amount of use.

The Sony MDR-10RC headphones yielded a fair bit of “kick” from the bass but it wasn’t too boomy or dominant. I could also hear the rest of the music clearly and effectively hear a lot more of the quieter parts of that music. It has meant that this pair of headphones could come in to their own if you love your music. As well, the sound wasn’t in any way fatiguing to listen to.

In the CBD environment, I had noticed a significant amount of noise reduction with some of the essential sounds from outside coming through. As well, I used the Sony headphones in a transit bus and was at the back of that bus yet I noticed significant reduction with the engine noise even when the bus was at speed. This means that these headphones could work well for transit users who do a lot of commuting on buses or diesel-railcar trains.

Other Comments And Observations

Previously I had let a friend of mine who is in to funk, soul and related music try out the Denon UrbanRaver AH-D320 headphones that I was reviewing and he was impressed with them offering the bass response. This time I let him try out the Sony MDR-10RC headphones and he was impressed with the bass response where the bass was there but not dominant.after listening to Earth Wind & Fire’s “September” and Daft Punk’s summer anthem “Get Lucky”. He mentioned that these weren’t the “studio grade” headphones but were much better and lighter than a set he used in the 1970s.

I shared the Sony MDR-10RC headphones with a fellow commuter on the train who was using his own pair of Audio-Technica headphones in order to hear how he thought of the headphones compared with his “cans”.  He noticed a lot more of the noise reduction as well as a deeper bass response compared to what he was used to with the Audio-Technica “cans”.

One feature that the Sony MDR-10RC headphones misses clearly is a supplied 6.35mm plug adaptor which allows you to use the headphones with hi-fi and professional-audio equipment that has the larger 6.35mm “jack” for the headphones connection. This can easily be rectified by you having many of these adaptors floating around from headsets that are or were in use and the fact that an increasing number of home audio and AV equipment uses the 3.5mm jack.

There isn’t much else that is lacking with these headphones when it comes to having these as an all-rounder set of “cans”.

I would position the Sony MDR-10RC headphones as a high-quality “all-rounder” circum-aural headset. This is whether as an entry-level “monitor” headset for people starting to show an interest in audio or video recording or DJ mixing; a pair of headphones to listen to your hi-fi system, smartphone, tablet or MP3 player while loafing on the couch or travelling on public transport; or simply a high-quality laptop accessory.