Home
Computer setups
Is it worth it to put full broadband in the “family house”?

What is the “Family House”?

The “Family house” is typically a  house, that is usually resided in by one or two older parents where the children have “left the nest”. The adult children and their grandchildren regularly visit this house to see the parents and, in most cases, they stay in this house on a temporary basis. In a lot of situations, family friends will end up visiting or staying over at this house in the company of the family members.

Such situations typically include the children who normally are out of town coming in to town for business, leisure or to attend family events; the children seeking temporary accommodation while their house is being built or renovated, or are between houses. It may also include the “family house” being close to a place of study which a grandchild is enrolled at and the grandchild stays there while completing a course of study. As well, the parents typically end up caring for the very young grandchildren in this house while their children work or undertake other activities.

This concept may also extend to any occasional-use accommodation that the family shares responsibility in maintaining, like city apartments or holiday / seasonal houses. In the latter situation, a household or the whole family ends up staying in this accommodation.

Common practice with IT at these locations 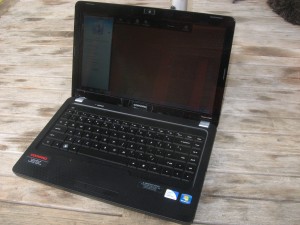 In these places, there may not be an intention to have full Internet service at these houses because the main householder may not be a regular Internet user. But what can happen is that other people in the house make regular use of the Internet. This would typically be achieved through each device that other people bring in using a mobile-broadband service for their Internet.

A small number of portable devices that someone owns can be served with this kind of Internet connection using a “Mi-Fi” mobile router or a smartphone that implements a “personal hotspot” mode.

But this may only work best with one rarely-used device on the premises. This is because most of the wireless-broadband services work on bandwidth that is narrower than wireline broadband services like cable-modem or ADSL services.

Should I establish the full home network here?

It would be worth it to establish the full home network with a fixed broadband service if there is at least one Internet terminal that is used regularly by at least one of the parents, a relative or another regular houseguest. The Internet terminal, which can be a desktop, “all-in-one” or laptop / notebook computer or a tablet MID like the iPad, can be either owned by the parent or a regular houseguest like the grandchild who is staying regularly at that location.

The common marketing practices amongst most wireline broadband Internet providers who run a voice telephony or multichannel pay-TV service is to offer a sweet deal where the customer benefits from reduced service costs if they have their telephony or TV service provisioned by this Internet provider. Some of these deals are provided as “triple-play” packages especially if all services come through the one physical line.

If you are in a highly competitive Internet-service market like UK, Australia or France, you may find these deals being offered at some very attractive prices that make you not even think twice about signing up.

I often suggest that people take advantage of these abovementioned offers when choosing their Internet service for these locations because this may help with saving money on this service. These deals will usually be advertised in brochures that accompany the regular bill for the phone or pay-TV service that they currently are subscribed to.

As well, you may find that there are new media paths being opened up by a home network associated with a wireline Internet service in the “family house”. Examples of this include use of Internet radios that pick up the Web feeds of overseas and obscure radio stations as well as access to Internet TV through the use of a compatible TV or set-top box and music, pictures or video on-demand through the house with cost-effective equipment.

It also includes the like of Netflix or Spotify as content services; along with TV stations offering catch-up / video-on-demand services that can even be viewed through the big-screen TV with an appropriate set-top box.

Who should bear the extra costs

Issues that may come up include whether the houseguests like the children should cover any extra costs associated with use of a full broadband Internet service at the “family house” if the main householder isn’t the one using that service. This may be of little impact to the guests because the wireline broadband services will be relatively cheaper than running a wireless broadband service which just services one computer.

You may have to make sure that you use a wireless router if you have a laptop computer or other portable Internet device on the premises as the network-Internet “edge”. Most of these devices are for sale at very affordable prices and you could get one through your Internet service provider as part of your broadband Internet deal. As well, I have written a buyer’s guide about the entry-level wireless routers. The limitation with most of the units supplied by your Internet service provider is that they may yield average performance and may not offer the functionality as a retail-supplied unit.

Some houses that have interior walls made out of double-brick or stone may have problems when it comes to operating a wireless network. This is something I have touched on in this Website many times and can be handled with an auxiliary access point installed in the area where wireless-network coverage is below par and connected to the router via an Ethernet or HomePlug wired backbone as explained here.

Or pay attention to newer distributed-WiFi setups that are increasingly being offered by many network-hardware manufacturers and Internet service providers. They will have a router and at least another access-point module and are designed to be simple to set up and manage and spread the Wi-Fi coverage around the house. Most of these setups rely on you using a particular range of equipment offered by the same manufacturer but pay attention to devices that are compatible with Wi-Fi EasyMesh technology. These will allow you to use equipment offered by different manufacturers as long as it works to this standard. If you are in Australia and sign up to fixed broadband service through Telstra, you may find that your Smart Modem Generation 2 modem-router that they supply you supports Wi-Fi EasyMesh.

It is also worth knowing about how to encompass outbuildings like bungalows in to the scope of the home network, a reality which will be of importance for country or outer-urban properties. Here, I have written a good feature article on how to achieve this goal in a manner that is best suited to your particular scenario.

As well, when you need to install or upgrade the printer, you may need to go for a unit that has network connectivity of some sort. If the main computer device happens to be a tablet computer, you may have to look at a printer that is supported by an app or the tablet’s operating system. You may also have to make sure your printer supports AirPrint and Mopria driver-free printing functionality so it can print from mobile devices running iOS or Android. 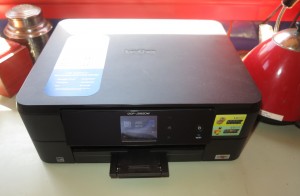 You don’t have to have a machine with all the “bells and whistles” if it is not going to be used regularly – here an economy-level network capable printer may just suffice. Even so, you should prefer a printer that uses separate colour cartridges rather than the tri-colour cartridge because you won’t be wasting colour ink if one colour runs out.

There is an exception if the house has a regularly-used fax machine. Here, you could replace the fax machine with a network-enabled multifunction printer which has integrated fax capabilities. Again, these would be much more cheaper to run than the typical older “thermal-belt-driven” fax machines that some households still consider as fax machines.

It may be worth considering the purchase of a one-disk network-attached-storage device at a later time as the network is used more. This may allow for pooling of common files like driver files for various peripherals as well as a backup storage for data held on one or more of the computers.

As well, most of these devices provide media-server functionality for Apple iTunes and standards-based DLNA setups so that your pictures, videos and music can be “pulled up” on demand. This may work well as a central media store which can be used as a way of “offloading” the media from a computer’s hard disk or making it available to everyone at all times without the need to have a computer on all the time.

This function will become more relevant as more consumer AV equipment becomes equipped with some form of network connectivity and is able to play or show AV content from the Internet or media servers like these network-attached storage devices. Infact I have covered this topic very heavily on this site and you can look at this article here as it pertains to these devices as media servers.

I would recommend that you look at the value of providing a full home network with wireline broadband service to the “family house” if you notice that there is a strong likelihood of regular Internet use there.

This article has been updated on September 2020 to encompass newer trends affecting Internet at the “family bouse” including distributed Wi-Fi setups, more online audio and video and printers supporting AirPrint and Mopria.

Canal+ providing its own triple-play service to France