I am reviewing the latest version of the Dell Inspiron 13 7000 8th Generation which replaces the Inspiron 13 7000 7th Generation models that I previously reviewed. Here, this is based around implementing the Intel Kaby Lake Refresh technology which is a step towards making mainstream portable computers capable of doing most computing tasks without being seen as underpowered cousins of desktop computers.

There is also the Dell Inspiron 13 5000 2-in-1 series which omits the USB Type-C connection and the Intel RealSense camera but available at a cheaper price. These are available in three different configurations, one with an Intel Core i5 CPU, 8Gb RAM and 256Gb SSD; a step-up variant with a Core i7 CPU and the top-shelf model with 16Gb RAM and 512Gb SSD storage. 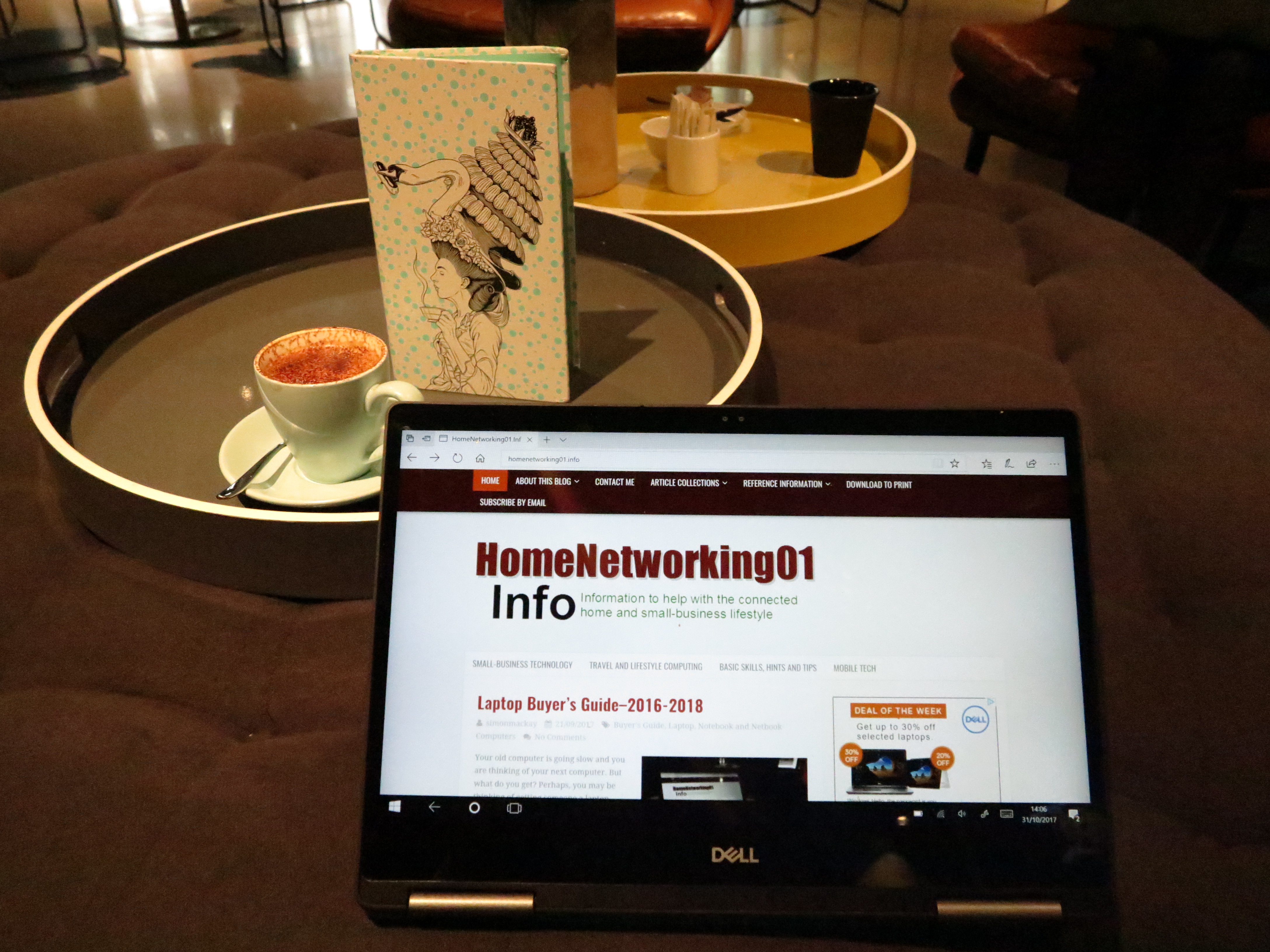 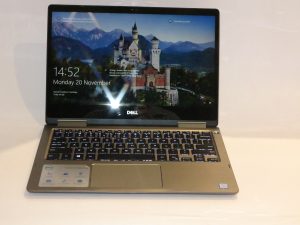 Thee Dell Inspiron 13 7000 8th Generation convertible laptop has the same aesthetics and build quality as the previous two generations. This means that it has the same metal finish and housing but also comes across as being very durable. As well, Dell have embraced the narrow display bezel trend started with the XPS 13 Series and implemented it in to this lineup, making for an effectively larger display space in a relatively compact machine.

There is still a smooth action involved when converting it between a laptop and tablet mode which makes for something that can be easily used by most people.

… as a presentation viewer

Like with the prior generation of the Dell Inspiron 13 7000, the cooling vent is located near the hinges yet there is a bit more heat build-up that can occur with basic gaming. It doesn’t exhibit this kind of heat buildup during basic computing tasks. This is even though I am dealing with the newer Intel Core i7 silicon which is known to be more powerful than prior versions.

The Dell Inspiron 13 7000 uses an illuminated keyboard that lights up as needed. But it is wide enough to type with accurately and has a shallow key throw but that is enough for proper tactile feedback.

Like with most laptops, the function keys default to the volume, multimedia and display controls. But with this one, press the Fn key and ESC key to toggle on the normal function-key behaviour.

The trackpad and touchscreen work properly and effectively. In the case of the trackpad, I have not noticed any situation where the pointer moved around while I was typing, thus being less of a distraction.

The Waves MaxxAudio sound-tuning software does improve the sound but the internal speakers have that tinny sound common with laptops. But I would find best results when you use the Dell Inspiron 13 7000 with with headphones, external speakers or sound system. Most likely, you will end up needing to use headphones to avoid distracting others when you use this computer in a public place for multimedia, videocall, gaming or similar activities.

The Intel UHD 620 integrated graphics provides the kind of performance you would expect for most computing tasks including the occasional gaming and similar tasks that most of us would do. Here, you would see smooth video playhack for most of these tasks.

Like with all consumer-grade computers, there is still the glossy display which can become dirty very quickly and show reflections easily. 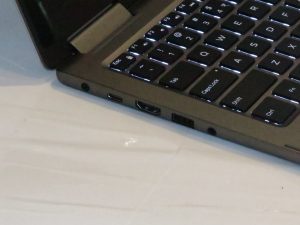 Like with the prior iterations of the Dell Inspiron 13 7000 2-in-1, the connectivity options are essentially the same with the 2 USB 3.0 ports and the 1 USB Type-C port as well as the HDMI video port.

Personally I would like to see Dell implement the Thunderbolt 3 port in the Inspiron 13 7000 Series computers but this will have to wait for a full model-level revision rather than a silicon-level refresh. 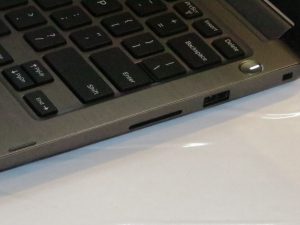 The whole of the Inspiron 13 7000 range offers the kind of capacity on the solid-state drives that would be expected for most people to benefit from with these drives living up to the promise of quick access. This also includes the fact that even the haseline variants have that healthy 256Gb capacity that would suit most users even as a main or sole computer.

The use of Intel 8th Generation silicon for the CPU and graphics hasn’t made a difference to the Dell Inspiron 13 7000’s battery life although you are really allowing the computer to perform better using the newer technology.

One of the men who run the Melbourne Men’s Shed was impressed with the Dell Inspiron 13 7000’s specifications even though the review sample is the top-shelf model. He was also impressed by the convertible design that this unit has.

Similarly some hotel staff wore impressed by the convertible design and described it as looking similar to a recent iPad when they saw it at first glance.

Dell could “carve out” the Inspiron 13 2-in-1 product range for those of us who aren’t necessary after a very light ultraportable 2-in-1 but want something that is portable enough for most applications.

Here, they could implement the 8th-generation Intel Core processors across the range as well as providing some of the premium models in the lineup with Thunderbolt 3 connectivity. This is more so for those of us who want to run them with external graphics modules.

Similarly, Dell could offer one or two configurations with Intel Iris higher-performance integrated graphics as a product differentiator. This would appeal to those of us who want that bit more out of the graphics abilities.

As for enablement of options like PowerShare “sleep and charge” or anything that is only available in the computer’s BIOS, Dell could provide an app that allows some of these options to be manipulated from the Windows interface rather than having to reboot your computer to achieve that goal.

I would recommend this variant of the Dell Inspiron 13 7000 Series 2-in-1 comvertible computer for those of us who want value for money and want something that is powerful for most computing tasks. Even the improvement that Dell offers by implementing the Intel Kaby Lake R silicon still underscores the value for money that they are known for with the products.

Toshiba’s latest “portable-typewriter” laptop to beat according to CNET